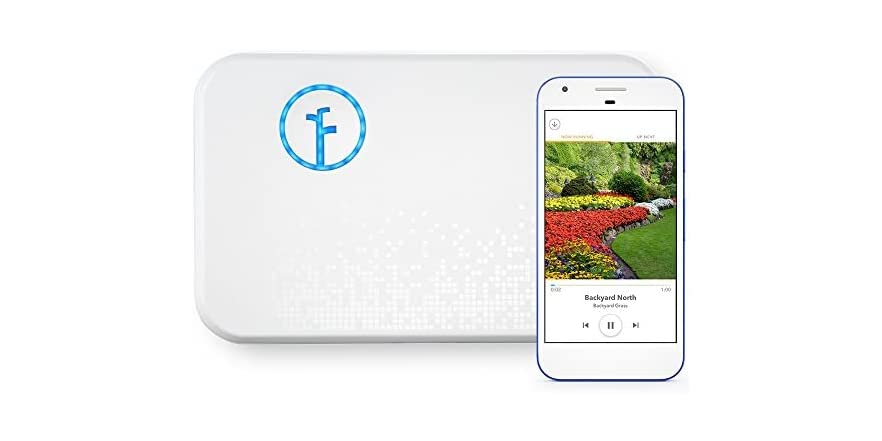 Woot! is an Amazon company.

https://tools.woot.com/offers/rac...ntroller-6
Add Comment
Reply
in Home Automation (5) Get Tools.Woot Coupons
If you purchase something through a post on our site, Slickdeals may get a small share of the sale.

Here is a little tip:

If this is still within warranty, and ONLY if you have issues with the product, you can ask the manufacturer to send you a new one. They no longer have the 2nd generation product in their stock so you'll get the equivalent 3rd generation.

I've ordered the 2nd generation 8 zone version when it said it was "new". I receive the product and it was certainly not new with three of the prongs where you insert the cables indented and stuck with no way to remove it ( essentially broken). Asked woot about it, gave me an option to refund 30 bucks. I agreed. But i was still hessistant about it. Inquired with Rachio, it was still within warranty, they said they didn't have any 2nd gen in stock so they sent me a brand new 16 zone gen 3 for the price of a refurbished gen 2 8 zone product. Now that is a slick deal.
You can wire multiple zones together, but your water pressure may be reduced.

The other alternative is to buy 2 Ranchios or get a single 16 station device. For me, it worked out better to use 2 separate Ranchios. They both show in the single app, it just means having to back out of one unit and open the other unit.

BTW, plan on getting an enclosure. Ranchio makes some very nice ones specifically for this unit that let you avoid cutting wires and keep the factory wall wart safely inside the enclosure.
1
0
0
0
Reply
Page 1 of 4
1 2 3 4
Join the Conversation
Add a Comment
Deal Alerts

Coupon $10 Off Your Prime Now Order 21333 Redeemed
Copy Code & Open Site More Deals from
Did this coupon
work for you?
Copy
Link Copied to Clipboard