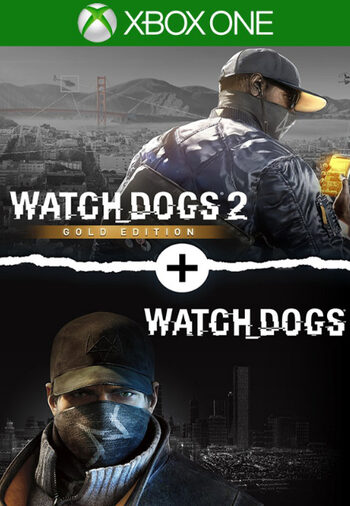 milne posted this deal. Say thanks!
Add Comment
Reply
in Xbox One (2) Get Eneba Coupons
If you purchase something through a post on our site, Slickdeals may get a small share of the sale.
Deal
Score +11
2,024 Views
$14.91
See Deal

I didn't own an Xbox One and was debating getting a One S for cheap and using it for 2-3 years to play old One games and use Gamepass along the way. I was planning to get used games during Gamestop sales since I figured digital One games really didn't go on sale that often and would most likely be full price.

But if digital versions of One games go on sale often, I might just get the Series S and get my One and Series S games digitally. Otherwise I was planning on getting the X several years down the line since it has a disc drive and better performance, but I'd get the One S first and play through old One titles.

2
0
0
0
Reply
This comment has been rated as unhelpful by Slickdeals users
Joined Aug 2011
L2: Beginner
35 Posts
18 Reputation
09-29-2020 at 05:25 PM #7
Gstop prices are way elevated for old games. Right now, I've tapped out buying XB1 games since my backlog is so long (in addition to GamePass backlog) and only buy if games are $10 or less. UNLESS the developer is up & coming, then I am willing to raise my buy price. GStop occasionally has a B1G1 or B5get50%off (ended yesterday). You can get a slew of good games@ $5 that way.

Digitally, eneba & cdkey has occasional great prices for AAA games, but don't expect a wide choice of dirt cheap games. For that, keep an eye on the Xbox game store (changes weekly) + the occasional "big event". About a week ago, M$ was doing a special, spend $40, get 10%back (in M$ points). For that, I got Skyrim($13), Valkyria Chronicles 4 complete (10ish), Shadow of the Tomb Raider Season Pass ($6.5ish) and Borderlands Handsome Jack collection ($10). Gamestop couldn't touch these prices (mainly b/c of the DLC).

Sometimes you just have to pass on a bargain just to see if it comes back cheaper. I bought Lego Batman 3 complete for $7, and I don't think it's ever dropped to that price again. I bought Divinity Original Sin 1 for a good price of 15, to see it drop to $10. Bought Witcher complete for $25 to see it again for $20 before I even started it (okay w/that b/c of the developer). Bought Dragon Age Inquisition complete for $20, then see it for 10 before I played it.

You seem patient, just watch the sales and buy on the 2nd or 3rd "rock bottom" price. Your wallet will thank you while you build a legendary backlog for cheap.

As far as buying the XB1s or XBSeries S, I would probably lean torwards the Series S. The SeriesS + a USB3 drive + GamePass = awesome. Looking back on things, if I knew where M$ was heading, I don't think I would have ever bought a full priced game and only worked on my backlog. GPass games take up 100% of my play time. There was a time I bought every COD, Battlefield, Clancy & Borderlands game new, but that time has passed. I just play solo, occasionally w/the kid, but mainly solo b/c of life.

I am buying an Series X b/c of the drive (for my physical copies) and 4k. If only the S were 4k, I would buy a disk-less version.

But now I'm ready to get back in but since I've waited so long, I can definitely be more patient.

My plan was to get a new One S for BF and then segue in to the Series X in a few years time for the 4K gaming. As a side note, I have an LG C9 so I have 4K as well as HDMI 2.1 so the Series X may be a better choice for me. But that's in the future.

Gamepass is the big draw for me and despite my last console being the 360, I may just buy Live for 2-3 years and convert it to GPU for $1. Even if I don't get a One S or Series console for another two to three months, I'd still have those GPU savings and Live. I don't trust MS to keep that $1 conversion for much longer.
0
0
0
0
Reply

This comment has been rated as unhelpful by Slickdeals users
Joined May 2019
L5: Journeyman
527 Posts
115 Reputation
09-29-2020 at 06:51 PM #9
According to Eurogamer, the Xbox Series S will double the framerates for Xbox One games that are Xbox Series S-enhanced. Therefore, games that are Xbox Series S-enhanced games should run at a buttery smooth 60 FPS, albeit at 900p. Also, non Xbox Series S-enchanced games that utilize dynamic resolution and/or uncapped framerates should be able to maintain their targets better without any updates to the game. An example is Grand Theft Auto IV; which, uses an uncapped framerate and was not updated for any backwards-compatibility enhancements was shown to keep a locked 60 FPS on the Xbox Series X.

In summary, I would buy the Xbox Series S over the Xbox One S. Since it will make selected backwards-compatible games perform better, will play the next-gen games, and has an SSD to make load times way quicker.