Thanks to Deal Hunter DJ3xclusive for finding this deal. 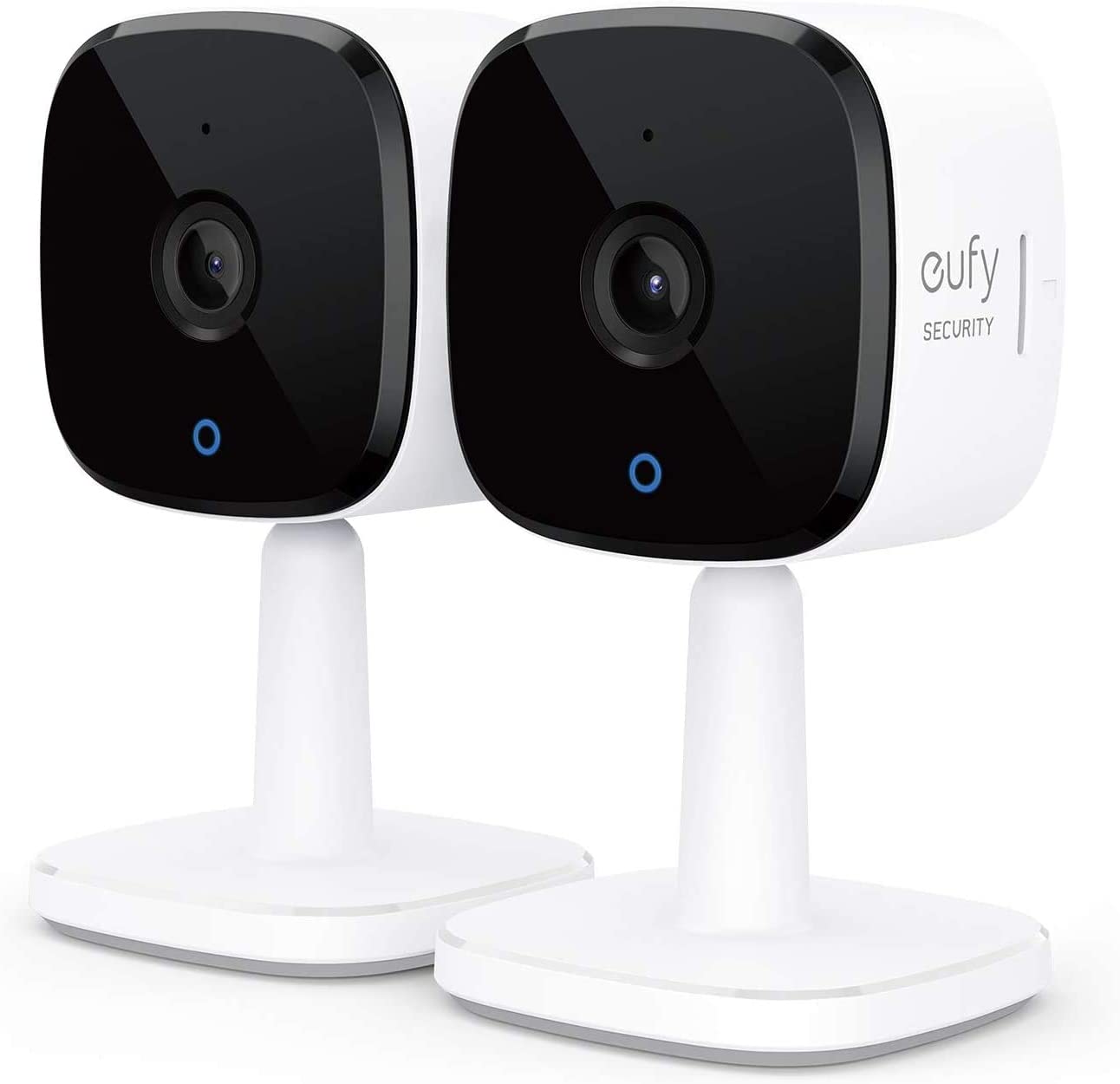 Written by Edited January 12, 2021 at 06:40 AM by
Add Comment
Reply
in Security Cameras (7)
If you purchase something through a post on our site, Slickdeals may get a small share of the sale.

the only thing wyze v3 has going for it is the water resistant, but that becomes irrelevant if the camera can not perform as expected.

1
Reply
This comment has been rated as unhelpful by Slickdeals users
Joined Dec 2005
L3: Novice
203 Posts
Our community has rated this post as helpful.
01-11-2021 at 08:33 PM #18
Thanks for the link to the review. I'm watching this on a 4k monitor and the Wyze video looks much clearer than the EUFY, especially when he steps away. There seems to be a lot of ghosting and motion blur with the EUFY. I can make out his face pretty well on the WYZE at 25 ft but not the EUFY 2k and 1080p. I tried this on different resolutions on YouTube and same results. Are you seeing the same? Blurring is especially apparent when he's moving (most likely due to the lower frame rate in the EUFY).

The overall picture the EUFY wins in clarity but faces and when there's movement, it's much worse.

2
Reply
Last edited by Ricerx January 11, 2021 at 08:37 PM.
This comment has been rated as unhelpful by Slickdeals users
Joined Mar 2019
L2: Beginner
80 Posts
42 Reputation
Our community has rated this post as helpful. If you agree, why not thank ?
01-11-2021 at 09:00 PM #19
Wyze has a 5 minute cool down period which makes the camera essentially useless. This is mentioned in the Wyze forum. You have to pay for the Wyze CamPlus subscription service to avoid the 5 minute cool down. Wyze gives away free/cheap razor (the camera) to sell you the blades (subscription).
Eufy 2K cam is so much better.

2
Reply
This comment has been rated as unhelpful by Slickdeals users
Joined Dec 2005
L3: Novice
203 Posts
01-11-2021 at 09:11 PM #20
This is true unless you were an early adopter, you get grandfathered in on the free plus service. My main concern is the motion blur on the EUFYs because of the lower framerate. Just watching the comparison video above, more than likely a burglar would be in the home when blinds are closed and moving around a lot. With the blur, it was kind of hard to make out faces on the EUFY unless he stood or walked close to the camera. The WYZE seemed to handle that scenario much better. I would hate to have the camera capture the crime but not have a clear enough picture pf the perps face. Hopefully they can bump up the framerate on the EUFYs.

I've had 10 Wyze V2 cams. 1 out right died, 2 the sensors are going white are pink/purple now with blurry edges, 4 corrupted the memory cards after a FW update causing me to pull them down and reformat in my PC. They were great when they came out, Wyze has fallen behind though... while the water resistance is nice on the new ones, I have mine in covered areas anyway so it's not a big deal. Color night time sensor is nice, but the IR lights on Eufy are already far better than V2 and where I need more light at night, I use an IR floodlight.

Also Don't count on anker delivering any of their promises when buying BTW, window 10 app was promised years ago and still does not exist


Edit: sure enough in questions section Eufy responded 4 months ago that home base support is coming in "the future"

i bought the 32gb version of these sd cards but i have no complaints with them. I dont have continuous recording on my two of these cameras but the card itself is working fine for my needs.

0
Reply
This comment has been rated as unhelpful by Slickdeals users
Joined Aug 2009
L4: Apprentice
444 Posts
261 Reputation
01-12-2021 at 06:55 AM #26
Camera quality is the same. If you find that placing this camera in a corner of a room is too far, the pan and tilt is a good option for placing towards the middle of the room.

I have a pan and tilt for my living/dining to span back and forth while the regular is in the corner of my kitchen.

0
Reply
This comment has been rated as unhelpful by Slickdeals users
Joined Sep 2012
L3: Novice
218 Posts
42 Reputation
01-12-2021 at 06:56 AM #27
I had to change my wifi password then has to redo the Wyze cam connection again. After that, my free grandfathered free detection mysterious disappeared as well. Wyze was a such a promised in the early day.

1
Reply
This comment has been rated as unhelpful by Slickdeals users
Joined Dec 2009
L4: Apprentice
305 Posts
108 Reputation
01-12-2021 at 07:13 AM #29
Strongly disagree. Eufy has onboard person detection but even that is a tradeoff because you have to pay for cloud clips. Wyze offers free cloud storage for clips but charges for person detection so it's absolutely a wash between the two. Eufy video at 2k is more of an advertising thing and doesn't mean much because the Wyze V3 has a much better picture in all lighting conditions. The starlight sensor in the Wyze V3 also blows Eufy out of the water and completely tilts the decision towards Wyze. You get full color, high def video at night if you even have the slightest bit of ambient light. You can make out license plates, faces, etc. On a Eufy 2k at 20+ feet away, you're going to struggle to read a license plate or clearly make out a face.

2
Reply
Last edited by xstewiegriffinx January 12, 2021 at 07:17 AM.
This comment has been rated as unhelpful by Slickdeals users
Joined Feb 2016
L2: Beginner
59 Posts
14 Reputation
01-12-2021 at 07:14 AM #30
The pan and tilt versions imo are better than these. The wires stick out and the sound is not as good as the P&T. Having the camera follow a person when detected automatically is worth the extra money.

New PS5 Red and Black DualSense Controllers are Available for Pre-Order
Copy Code & Open Site More Deals from
Did this coupon
work for you?
Copy
Link Copied to Clipboard