Slickdeals Forums Deal Talk $20 off your order of $25+ on Uber Eats (NYC and NJ) YMMV
Advanced Search
Sorry, this deal has expired. Get notified of deals like this in the future. Add Deal Alert for this Item
Frontpage Deal

Thanks to community member Keith2to2 for finding this deal. 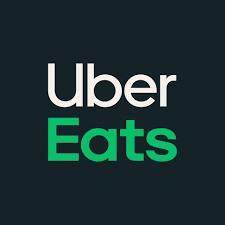 Keith2to2 posted this deal. Say thanks!

Written by Edited March 11, 2021 at 07:00 PM by
I just got a flyer off the streets of NYC for $20 off $25. It's says first time users only but it seemed to work for me and my friends who have definitely used Ubereats before. Person flyering says it's NYC and NJ only.

Add Comment
Reply
in Delivery Services (4) Get Uber Eats Coupons
If you purchase something through a post on our site, Slickdeals may get a small share of the sale.

This comment has been rated as unhelpful by Slickdeals users
Joined Feb 2020
L3: Novice
187 Posts
14 Reputation
03-22-2021 at 01:47 PM #211
Uber is F'ed! I'm a first time customer so I used the welcome code. It showed up on my account but when I checked out, it's there...but after I clicked on place order it said I will have to pay full price bc code removed when I clicked place order. Tried to add the code but said code already used. Wtf!! I'm a first time customer & will not be returning either. F u Uber

0
Reply
This comment has been rated as unhelpful by Slickdeals users
Joined Feb 2020
L3: Novice
187 Posts
14 Reputation
03-22-2021 at 01:49 PM #212
They f*ckin did the same to me. Had my discount showed up but after I click place order, my order came out to full price. Bunch of scum bags!! Made me give away my phone number & credit card for no reason!! Free info for them!

0
Reply
This comment has been rated as unhelpful by Slickdeals users
Joined Feb 2020
L3: Novice
187 Posts
14 Reputation
03-22-2021 at 01:53 PM #213
They will ask for your info but after you put in everything and ready to click place order they will charge u full price

0
Reply
This comment has been rated as unhelpful by Slickdeals users
Joined Oct 2017
L2: Beginner
35 Posts
22 Reputation
03-23-2021 at 01:28 PM #214
Did you fight it at all? I'm STILL fighting the change of amount. I get that they can cancel promotions, but if the price you are actually charged is different than the price agreed to when you click "Pay" - someone should have to contact or the order canceled automatically. Not just "hey, tacking on $25 without notice."

Works on pickup too

0
Reply
This comment has been rated as unhelpful by Slickdeals users
Joined Feb 2020
L3: Novice
187 Posts
14 Reputation
03-26-2021 at 09:57 AM #220
Dealing with restaurants to get back credit is a hassle. One time I had the bogo for the sub. They charged me full price so I came back to ask cashier why. Cashier said she didn't know how to apply discount & charged me full price instead of letting me know. It was a JM I've never been to and the people working there wasn't professional. She asked her co-worker & he just shrugs it off like he doesn't give a f lol. I already paid for it bc I trusted her to give me my discount. Then they pretend to make a phone call to the owner but nobody picked up. They told me to leave my number behind for a manager to get back to me. A week later, no calls so I decided to call the store. They had me on hold & gave me excuses of the store is busy. I asked for the manager's number since they won't contact me back. The employee said "the manager won't allow us to give his number to a customer"
I said : okay, but I left my number behind & still haven't heard from him so I need his number so I can contact him directly.

They refused to give me the manager's number & told me to call back & maybe he'll be at the store.

I called back the 3 days later to give them some time since the employees kept saying the owner is out of town for a day. Finally called back & found a manager willing to give me the owner's number after I told him my story of waiting for the manager to get back to me from 2-3 weeks ago incident. The manager said only the store owner can resolve this. So he gave me the owner's number

I felt relieved bc hey he's the owner. Maybe this issue will be resolved.

10 days later & still no refund as promised by the store owner!! What? I sent him more than what he needed but still no refund.....what is going on?!?!

So I called the owner again asking what's up.

Owner: I'm so sorry about your refund. I got caught up & forgot about it. I'll get one of my managers to process the refund for you by today.

The next day, still no refund but I received a voicemail saying "hi, my name is blah blah. I am one of the managers at JM. I would like to get in touch with you to see what's the issue you're experiencing. I heard u want a refund but what is this refund for?"

At this point, a month later, I'm out of energy for a freakin $8 refund that was originally owed to me bc the cashier didn't apply my discount. After all this run around....from employees to manager to store owner and back to manager again. I quit. They can keep my $8 lol
Then I had a second thought. They made me wasted so much effort trying to fix their employee's fault & they had me spinning in circles so I decided to handle it with my bank since the owner won't process the refund that he promised me he would. He probably stalled so I could forget about the refund. I've learned that once u pay for something, it's a hassle to get it back.
My advice to you if u want your money back, go through your bank if they make u call them twice to fix the same issue.....it's just not worth it. lol
Once u put money in their pockets, good luck getting it back