Thanks to community member GreatBadCat & PsychicTantrum [discuss] for finding this deal. 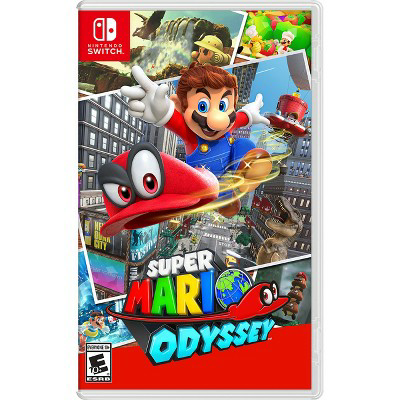 GreatBadCat posted this deal. Say thanks!

Shipping is free with Redcard, or on orders over $35.

Resale. Digital Switch games can't be resold, whereas physical copies can.
My son has a Switch and my daughter has a Switch Lite. Buying a physical copy allows them to share games.
You can share digital games between two Switch consoles. All you need is an internet connection to verify licenses once every 24 hours.

3
Reply
This comment has been rated as unhelpful by Slickdeals users
Joined Oct 2010
L6: Expert
1,938 Posts
163 Reputation
05-02-2021 at 05:45 AM #7
Xenoblade Chronicles Definitive Edition is the expanded remake from the 2010 Wii release.
Xenoblade Chronicles 2 is actually the 3rd installment (X is the second came out for the WiiU), which came out in 2017 for the Nintendo Switch.

They actually made more physical copies of 2 yet you can't find them anywhere, but Definitive Edition is everywhere. I guess everyone has that version in one port or another verses 2. I really wanted 2 in physical but I don't want to pay $100. I guess I'm just gonna have to buy the digital version which I didn't want to. I hate when Nintendo pulls this shit. And I despise this aftermarket seller crap.

So part 2 is the latest version ?

This comment has been rated as unhelpful by Slickdeals users
Joined Dec 2010
L3: Novice
106 Posts
18 Reputation
05-02-2021 at 06:14 AM #10
Can someone explain why one would prefer physical? I see a fair amount of that sentiment so I figure there must be a reason but I can't think of what it would be. I am only hesitating on these because I don't want to deal with the cartridges

4
Reply
This comment has been rated as unhelpful by Slickdeals users
Joined Jun 2016
L3: Novice
155 Posts
39 Reputation
05-02-2021 at 06:20 AM #13
They are on sale more often. Some people can't afford a significantly sized memory card. Others are just nostalgia or being able to trade-in a game towards another.

1
Reply
This comment has been rated as unhelpful by Slickdeals users
Joined Jul 2010
Well, we're boned...
586 Posts
240 Reputation
05-02-2021 at 06:23 AM #15
Those that prefer physical are usually interested in resale value. That doesn't concern me so I've gone digital only for all consoles.

Except for the cursed Ring Fit Adventure with physical being the only option. I have 1 dang Switch cartridge hanging around.