Thanks to community member david3808 for finding this deal. 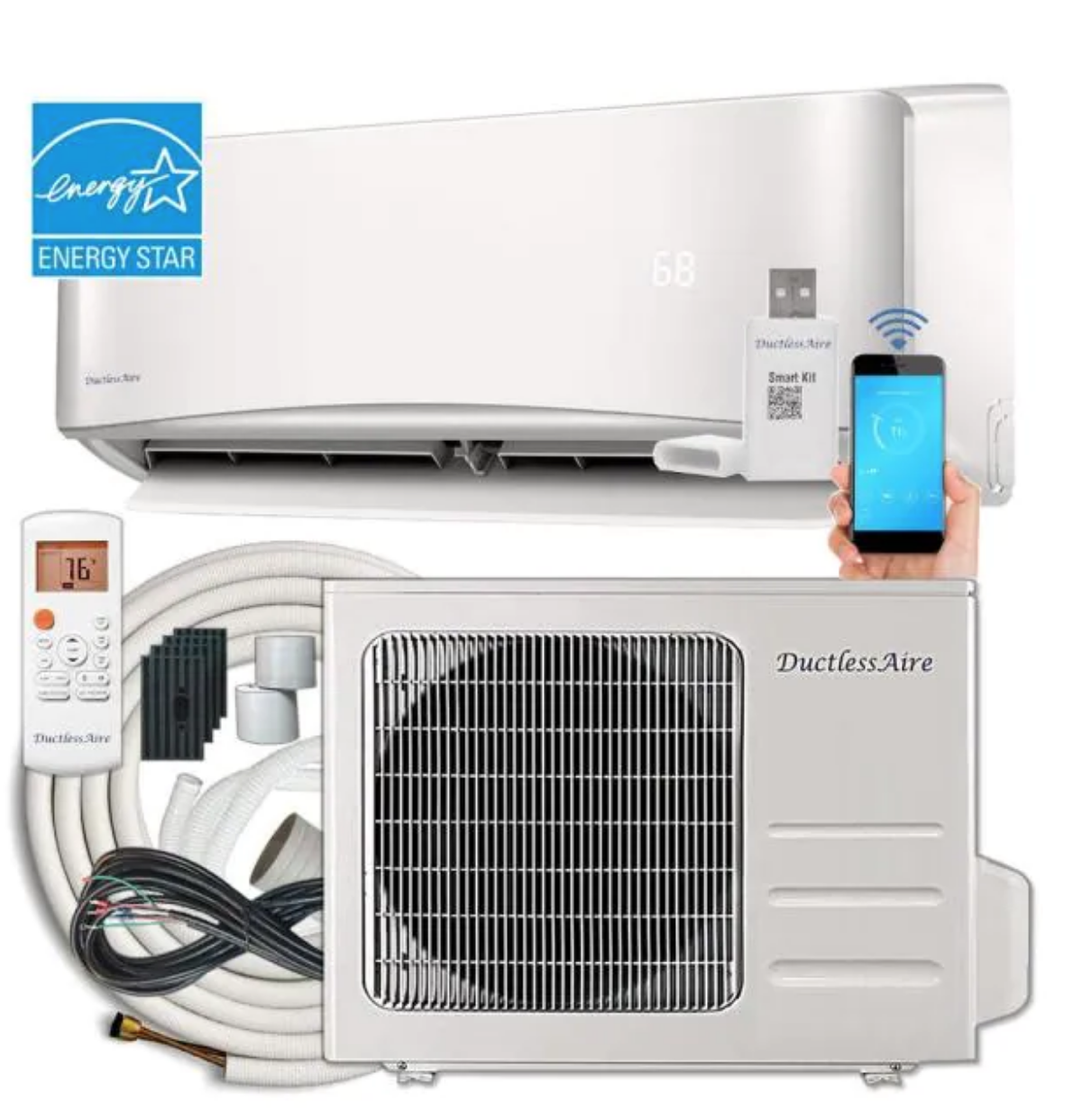 david3808 posted this deal. Say thanks!

part 2 walks you through checking lines for leaks and vacuuming:
https://youtu.be/Uh9bcdpU8gw?t=516

Pros-
No duct work is obvious.
On demand which can save heating/cooling bill.
More precise temperature control "zones".

Cons-
The zones play as double edge sword, when moving in or out the heated/air conditioned space takes some getting used to.
The indoor unit hangs on the wall compare to just a register, so the wall is more or less occupied.
Have to run additional electricity to both in door and outdoor units and the tubes from the indoor unit to the outdoor unit.
More filters to clean.
05-24-2021 at 10:17 AM
I'm not aware of any. I have two (different brand) installed in my basement. Just need to ensure there's a way to route power and refrigerant between indoor and outdoor units. And of course you need to be able to run a condensate line from the indoor unit to a drain.