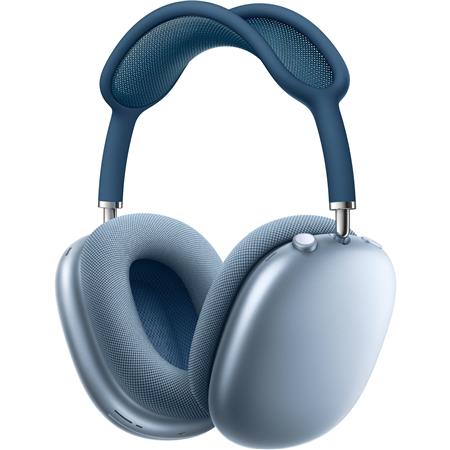 DLS4U posted this deal. Say thanks!
Add Comment
Reply
in Headphones, Headsets & Earbuds (7)
If you purchase something through a post on our site, Slickdeals may get a small share of the sale.

3
Reply
This comment has been rated as unhelpful by Slickdeals users
Joined Nov 2017
L4: Apprentice
308 Posts
42 Reputation
10-04-2021 at 05:06 PM #3
IMO the unique advantage of these is not so much sound quality, which is good, but spatial audio w/head tracking, which if you have an Apple TV 4K is amazing for movies.

You buy this because you want Apple

10-04-2021 at 05:11 PM
That's not head tracking. It's called 3d sound. It is not exclusive to these headphones. Dolby Atmos, Sony 360 Spacial, Auro 3D, etc are basically the same thing with varying degrees of preference for people.

2
Reply
This comment has been rated as unhelpful by Slickdeals users
Joined Aug 2011
L5: Journeyman
846 Posts
105 Reputation
10-04-2021 at 05:21 PM #7
Incorrect sir! I have Airpods Pro with Dolby Atmos and headtracking with Apple TV and iOS 15. When you're watching movies or tv show when you turn your head sound stays the same on the TV.

1
Reply
This comment has been rated as unhelpful by Slickdeals users
Joined Nov 2017
L4: Apprentice
308 Posts
42 Reputation
10-04-2021 at 05:25 PM #8
It is head tracking. Spatial audio is HRTF which is what you mean and it's like Dolby Headphone. Apple is the only mainstream brand that added head tracking on top of its spatial audio implementation.

Atmos is an encoding scheme for multichannel audio w/height information via Dolby Digital Plus or TrueHD, most commonly used for speakers setups. On iOS and tvOS devices, you can take this multichannel audio and apply spatial audio w/head tracking on top of it. There is Dolby Atmos for Headphones, but only works with certain content and it doesn't even work as well as Dolby Headphone did. And yes, no head tracking available. And it only works with the Xbox and Windows, and no mobile devices.

Auro 3D as far as I can tell is not even a format, it's a proprietary sound expansion system that nobody has except some high-end AVRs, and its headphones implementation only exists in theory and AFAIK nowhere in the market (though I haven't looked too hard, if you know of something please point to it).

Sony's audio is even worse, I've had it for years on my Android devices and Sony headsets, but could never use it because it only works with a few Sony approved music services and not with any video streaming ones, which is where spatial audio shines. And again, no head tracking.

1
Reply
This comment has been rated as unhelpful by Slickdeals users
Joined Nov 2017
L4: Apprentice
308 Posts
42 Reputation
10-04-2021 at 05:36 PM #12
Because spatial audio is simulating speakers. So you are perceiving the sound as if it was coming from speakers around you, so when you turn your head to the right, the center channel sound stays at the position of the screen. It adds to the illusion of speakers.

Back in Stock: Massdrop x Sennheiser HD 6XX Headphones for $199.99
Copy Code & Open Site More Deals from
Did this coupon
work for you?
Copy
Link Copied to Clipboard