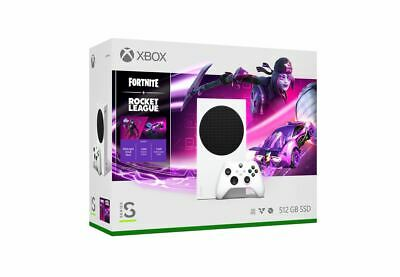 dapurplert posted this deal. Say thanks!
Add Comment
Reply
in Video Game Consoles (3)
If you purchase something through a post on our site, Slickdeals may get a small share of the sale.

This comment has been rated as unhelpful by Slickdeals users
Joined Feb 2020
L2: Beginner
26 Posts
14 Reputation
12-03-2021 at 04:28 PM #31
Stack 3 years of gold at one time, convert to game pass ultimate using dashboard $1 offer on Xbox console dashboard, it then converts all 3 years to Game Pass Ultimate straight across.

They haven't redeemed the ultimate yet, so any gold that you have would be ultimate when they redeemed on top of that.

Another benefit of the All Access package is that if you want to, you can upgrade to the Series X at any time during those 24 months.

Gamepass is essentially your own rental store on your console. I think of it as a great way to try before you buy so you don't drop $60+ on a game you wind up hating. And if a game is short and doesn't have a lot of replay value, you generally will have plenty of time to play through it on GPU without ever having to buy it, so potentially another $30-$60 per short game saved there. It also has exposed me to a lot of fun games I wouldn't have the opportunity to play otherwise or may never have heard of had it not been for Gamepass.

Ultimate also covers PC gaming for the same Microsoft account, so you can game on both types of device. Additionally, if you decide to buy a game to own, you get a 20% discount from the MS store.

Finally, Ultimate include the new XCloud gaming service which allows you to stream a game directly to your console without actually downloading it to your device. This is great for Series S because it doesn't take space on the relatively small internal drive, and as long as your bandwidth is sufficient (100mbps) it is pretty impressive how smoothly games run.

Given the scarcity of next gen consoles, I wouldn't kick yourself for making that deal at all. You did save a little bit, guaranteed you would get a console, can stream games from the cloud, and have the option to trade up to Series X if you want to.

This comment has been rated as unhelpful by Slickdeals users
Joined Feb 2016
L2: Beginner
25 Posts
14 Reputation
12-03-2021 at 06:56 PM #38
I think they did it to be able to use binned chips that didn't have all GPU cores fully functional. Essentially a way to improve total yield.

12-04-2021 at 11:35 AM #43
It does say on the box that the games are free, and downloading them costs internet. But who reads that instead of looking at the big pictures and print.

It's not a terrible deal since it includes gamepass.

But there's other threads on here to get 3 years for about $90 usd.

What you bought wasn't a rip off it's like save $60 and pay over 2 years. But if you can afford to pay up front you can use slick deals to save you a bunch of money on gamepass ultimate.

0
Reply
This comment has been rated as unhelpful by Slickdeals users
Joined Nov 2007
L2: Beginner
46 Posts
19 Reputation
12-04-2021 at 06:54 PM #45
I had the S and the X and ended up keeping the S. I have a 4K tv but it doesn't do 120hz with hdmi 2.1. I wasn't upgrading anytime soon and the difference between the two was marginal. For the few games me and my kids play, I ended up selling the X to someone local at cost (wasn't looking to profit… just make some other kid happy) and kept the S to get to play the same games. If and when I get a new TV the X would make sense, but for now the S is all we need.