If you want a solid 18TB drive filled with helium and provide better performance than shucking many of the WD external drive deals from BestBuy, this is a decent drive model. I purchased 4x of these drives from Oceanside store on Amazon for $315 in the beginning of May and they the full 5 year US warranty after registering the drives. 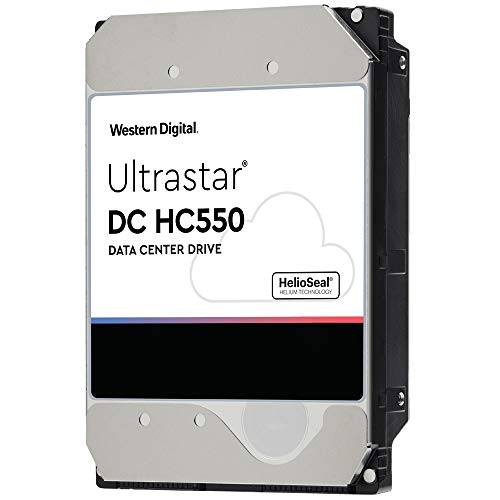 DarnCrazy posted this deal. Say thanks!
Add Comment
Reply
Created 05-19-2022 at 09:54 PM by DarnCrazy
in 3.5" Hard Drives (6)
If you purchase something through a post on our site, Slickdeals may get a small share of the sale.
Deal
Score +14
8,796 Views
$309.85
See Deal
About the OP
Send Message
Bay Area, CA Joined Feb 2005 L6: Expert
720 Reputation Points
13 Deals Posted
494 Votes Submitted
1,757 Comments Posted
Don't have Amazon Prime? Students can get a free 6-Month Amazon Prime trial with free 2-day shipping, unlimited video streaming & more. If you're not a student, there's also a free 1-Month Amazon Prime trial available.

This comment has been rated as unhelpful by Slickdeals users
Joined Sep 2004
musicman40nj
1,861 Posts
323 Reputation
05-20-2022 at 06:58 AM #2
I think you forgot the cons -- which was the multiple DOAs / possible reliability issues. Reviews are mixed and my data is important so not a good roll the dice for me on 4-6 drives.

1
Reply
This comment has been rated as unhelpful by Slickdeals users
Joined Dec 2009
L4: Apprentice
447 Posts
277 Reputation
05-20-2022 at 09:05 AM #6
Between counting on reliability of the drive and having a proper back up urself. Count on the backup. All drive fails eventually, you still SOL when u lost ur data on a low failure rate drive. If it account for anything, 5 years warranty on these dc drives.

0
Reply
This comment has been rated as unhelpful by Slickdeals users
Joined Dec 2009
L4: Apprentice
447 Posts
277 Reputation
05-20-2022 at 10:01 AM #8
Just going by the seller's answer to one of the question on that amazon page. Or just punch in the serial here https://support-en.wd.com/app/warrantystatus , if it doesn't show relatively close to 5 years just return it. :0

Our community has rated this post as helpful. If you agree, why not thank ?
05-20-2022 at 10:28 AM #9
I think the cons can be said of all hard drives, regardless of models. The main issues is from non-reputable sellers on Amazon selling drives that are not from the US and have no warranties. The same can be said of even reputable websites like OWC, which sells enterprise drives that often don't have warranties.

This is why I specifically called out the Oceanside vendor as the drives I received were well packed in hard drive boxes, sealed, had zero hours of usage, and could be registered on WD support [wd.com] with the full 5 year warranty (which I highly suggest doing as soon as you've tested the drive).

Are these less reliable than other drives? These have higher Mean Time Between Failure (MTBF) 2.5 million hours compared to most consumer drives, including their Red series which are only rated for a 1 million hours. Also taking a look at BackBlaze data from last year [backblaze.com] for the 16TB model, you can see the failure rate was very low when compared with other drives. Granted takes these results with a grain of salt, but it is a decent data point that the WDC drives had between 0.14% and 0.43% failure rate compared with various Seagate drives which are nearly double that rate. However, given more time, these would probably match that of the HGST drives given they're pretty much the same technology now.
I would say these are actually quieter than X300 series Toshiba drives (7200 RPM) drives but slightly louder than the WD Red drives (5400 RPM). The biggest noise they make is after they come out of sleep or are powered on for the first time, but they're fairly quiet after they're running. They make some noise when doing intense read/write but not any worse than other drives.

0
Reply
This comment has been rated as unhelpful by Slickdeals users
Joined Jan 2017
L5: Journeyman
784 Posts
72 Reputation
Our community has rated this post as helpful. If you agree, why not thank ?
05-20-2022 at 02:36 PM #10
Nonsense. Relying on Amazon reviews for storage is like relying on a farmers' almanac.for weather. Companies sell MILLIONS of drives per year. With ultra rare exception, no drives are inherently unreliable.

There is an expected DOA rate for all products from all companies unless you're building something critical like pacemakers or commercial aircraft. And one could argue that the latter isn't even true anymore.