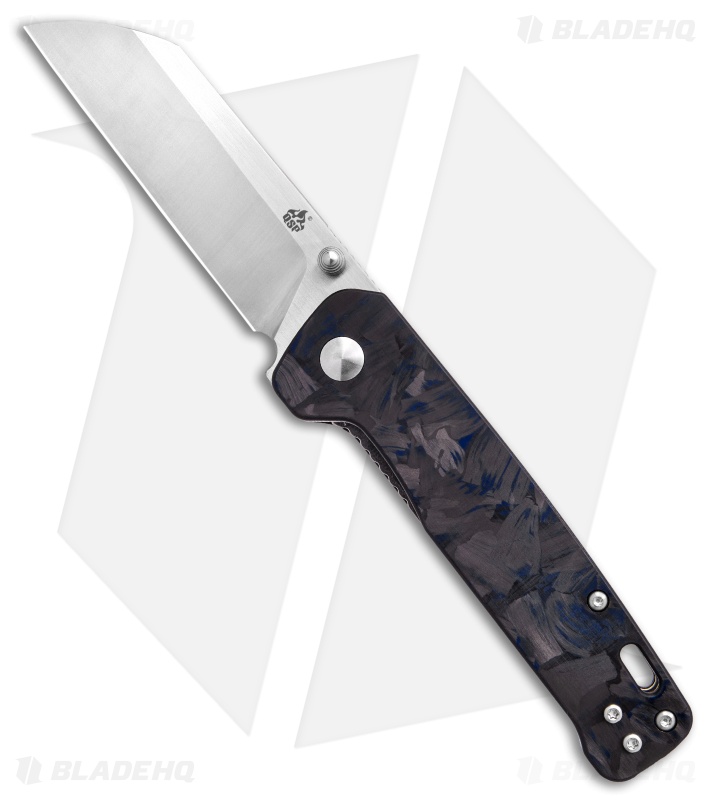 0
Reply
This comment has been rated as unhelpful by Slickdeals users
Joined Jan 2017
I Love Me Some Deals!!
100 Posts
22 Reputation
06-26-2022 at 10:40 AM #3
Given the shredded carbon fiber multicolor handle and D2 steel it wouldn't be a bad price at the MSRP of $39.95. Nice find if I didn't just catch the knife bug and order Over $2000 worth of knives in the last three months I would be in for one. I wonder how smooth the thumb stud opener is on this knife? Find a buddy that wants one as well to get free shipping. That's the only thing that gets me. $12.99 is a lot for shipping. But they have to help pay for the free returns.

2
Reply
This comment has been rated as unhelpful by Slickdeals users
Joined Oct 2009
L5: Journeyman
552 Posts
200 Reputation
06-26-2022 at 11:36 AM #6
QSP Penguins are very good quality budget knives for the money. Bought mine on ebay $32 with free shipping a while back. The action on them are very good. Shipping price kills this deal.
I went with the linen micarta handle, the carbon fibers are prone to chipping.

I just ordered a QSP Parrot for $28 this weekend, waiting for it to arrive.

06-27-2022 at 02:26 PM #13
No offense, this is my study on Chinese D2 steel: China made D2 steel is different from overseas D2 steels. China made D2 steel is basically Cr12Mo1V1, which has very low national standards comparing to other countries' D2 national standard, such as US D2, Japan SKD11, Germany 1.2379. Therefore Chinese D2 steel (Cr12Mo1V1) costs much less than other D2 steels, around 50% cheaper. A lot of impurities still remained in the Cr12Mo1V1 steel, especially from those smaller steel factories. I would rather pay significant extra for Taiwan made D2 knives or similar priced alternatives like 14C28N.