Thanks to community member fourml8r for finding this deal.

Note: If you are checking out with Amazon Prime and you are seeing a shipping cost during checkout, look for and tap/click the "Use this address" button. The order page will finish loading and shipping will update. 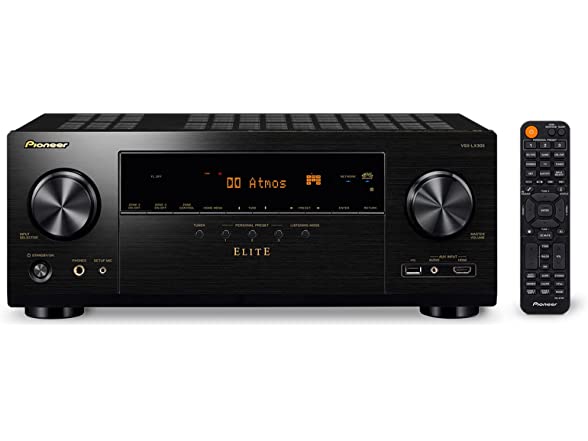 fourml8r posted this deal. Say thanks!

Add Comment
Reply
in Receivers (7) Get Woot! Coupons
If you purchase something through a post on our site, Slickdeals may get a small share of the sale.

Despite not needing one yet. Do I jump on this upgrade to my system? Damn u SD.

First, the audio levels/volume were super low compared to the Sony STR-DN1080 it was replacing. I don't know if my unit was bad, but it was really low. The Sony outputs 165W/ch, while the Pioneer outputs 100W/ch. I was cranking the volume to >50%, while the Sony never got past 20%.

Then there's the vocals loss on the Auto preset. It has a few presets for dolby (auto, action, game, etc). On auto the center channel audio was lost. You could switch to any other preset and vocals worked fine, but that's a sign it was undercooked. There's a guy complaining about this in the TX-NR7100 reviews on Amazon, so it looks like an issue they both share. I think Andrew Robinson might have mentioned this in the Pioneer or Onkyo reviews he did in December.

Finally, in the 3 weeks I had it, it shut down while I was gaming multiple times, shutting the TV and console down with it. Super annoying, and I never managed to figure out what was triggering it.

I submitted an RMA to Pioneer, and they wanted me to talk on the phone with one of their guys. A waste of time, since I couldn't reproduce the shutdown issue on demand. I declined, and they made pay for shipping the unit back because — if I didn't debug it with them — it counted as "changing my mind".

0
Reply
This comment has been rated as unhelpful by Slickdeals users
Joined Dec 2014
L2: Beginner
36 Posts
18 Reputation
08-15-2022 at 02:53 PM #73
Assuming by RC you mean the remote control: I was using a combination of the stock remote, the iOS app (mostly for calibration) and my Harmony hub.

I also tried Pioneer's own, which is also included but supposedly inferior.

Neither of them did much for the volume levels, and I'm not super attuned to small changes in sound signatures.

I stuck with Dirac for the most part because it was the one being name-checked by most reviewers.