KVW
+13 Deal Score
5,439 Views
I scored one of these about two weeks ago on the 19th from another slickdeal thread but the deal went MIA pretty quickly and stayed that way. By scored, I mean I was able to process one from cart before it disappeared and it remained OSS, not that I have actually received it... yet. That projected ship date was way out there, around dec 10th!

However, it looks like stock is finally back but for $10 more but at least you won't have to wait as long, presumably - you'll probably get it around the same time I'll finally see mine, heh.


-Comes with the free game promotion, Dead Island 2 or Callisto Protocol - see added screenshot [ibb.co] on how to redeem the offer.

-Ship and sold by Amazon.
-Return policy: No restocking fee malarkey and free shipping return label - Returnable until Jan 31, 2023. How can you go wrong?

Other notes:
When I was researching this at the time of purchase, there doesn't seem to be as many user reviews on this Asus model versus say, the other popular 6700 XT deals that have been popping up SD, but they are generally favorable across Amazon and Newegg... with the negative reviews mainly just complaining of scalper prices, not being able to change the RGB lighting on the card and a couple getting unlucky with coil whine (which seems to be a cross-manufacture issue if you just get unlucky no matter who you choose).

It's also thicc and apparently not a two-slot card, more like three. So beware of that. It uses an 8+6 12volt GPU wiring configuration where the XFX uses 8+8 pin instead for example.

There's also an "OC" version [amazon.com] of this Asus card for $30 more ($390) but from the reviews I've seen & read (such as Hardware Unboxing), the "OC versions" of this generation are never worth the price increase. Basically they're just a tiny, dismal manufacture-made overclock, that you could easily do with AMD's own Adrenaline Software.

Speedwise, it compares to a GTX 3060ti or 3070 depending on the game though only for rasterization (where most of the heavy lifting is anyway). Enabling RTX is an entirely different story and the Nvidia counterparts spank it. Though many people don't consider RTX as a viable option even with the nvidia cards at this level anyway (still too expensive of a framerate hit unless you're in 3080ti/4090 territory but of course, that's super subjective - what framerate you consider acceptable).

Also, Nvidia's DLSS still outperforms AMD's FSR though not as harshly with the progression of FSR 2.0/2.1. And one last note, just from my experience, AMD's Adrenaline display control panel, while pretty cool as I love the in-game overlay, doesn't allow as much color adjustment as Nvidia's control panel does (it does the basics, just not as granular and i like to tweak colors down to the tee).

Though one perhaps not-so-known benefit of AMD over Nvidia, if your CPU is lacking, AMD graphics cards drivers have less overhead and perform better when there's a CPU bottleneck versus Nvidia cards: https://www.youtube.com/watch?v=JLEIJhunaW8 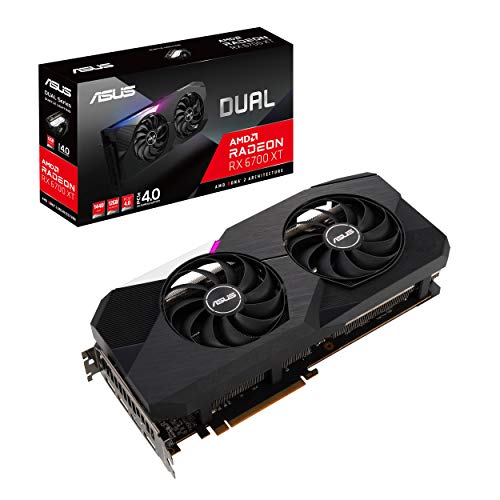 KVW posted this deal. Say thanks!
Add Comment
Reply
in Video Cards (6)
If you purchase something through a post on our site, Slickdeals may get a small share of the sale.

I've passed up on this price point several times the past month waiting for it to drop more. Not passing on it this time. Thanks for posting op.

This comment has been rated as unhelpful by Slickdeals users
Joined Jul 2007
L3: Novice
241 Posts
71 Reputation
12-02-2022 at 08:30 AM #9
Careful, with that attitude you might invoke the wrath of the GPU min/maxers like I did for saying a Red Devil deal was good.

12-02-2022 at 08:46 AM #10
It's on par with a 3070 and and even beats it by a decent margin on certain games with a strong exception of all games based on unreal engine where it falls to 3060 TI levels. Which is still good in my opinion considering the price and availability, but some of the most popular games use the unreal engine like call of duty so that's a consideration if that's all the games you mostly focus on.

12-02-2022 at 09:35 AM #14
Oh well then I must be getting mixed up. I know there was a video I watched that compared 50 games with the most popular cards including the 6800 XT and 6700 XT and there was one particular engine that Nvidia has a clear advantage on, I think it was the unreal engine.

Honesty it's been like information overload I've read and watched so many reviews to make sure this purchase would go well so i'm probably miss-remembering. I'll leave these deeper comparison questions to the experts. 😁