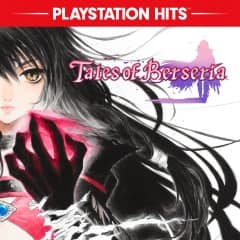 Note, must be logged into your account to purchase. Offer valid through June 24, 2020 or while promotion last.

Add Comment
Reply
in PS4 (6) Get Playstation Store Coupons
If you purchase something through a post on our site, Slickdeals may get a small share of the sale.

I can't believe they are charging more for Zesteria than Berseria.
Tales of Berseria is a steal at this price. Definitely far from one of the "worst JRPGs" ever. Keep in mind that the poster who is trashing it also thinks Persona 5 is crap, and seems to like to repeat this in almost every single thread with any JRPG on sale. Just let that sink in...Persona 5, one of the most highly regarded and well-reviewed JRPG's of all time.
Alien Isolation at this price is a steal. The Collection has 2 story dlc non-related to base story (prequels to base game). It also has some challenge modes that are not as interesting, but at this price get the collection.

I look for the best-written video games and spend a lot of time analyzing characters, their motivations, and their worlds. While the older Tales games (haven't played Zestria, so this might not apply to it) are cliche hero stories, they at least don't have massive plot holes and completely unbelievable characters. Berseria, on the other hand, does.

In the studio's effort to make something "darker," they threw intelligent character actions and motivations out of the window. Also, they somehow completely disregarded the world, so it's by far the most generic and shallow Tales world I've experienced.

The protagonist has serious issues and is by far the most manufactured and psychology-disregarding character in the game, but going too much into her will cause spoilers, so I'll cover a minor issue with another character. At some point you meet a pirate who runs a ship, and he joins you for very little reason other than the plot demanding that you have more party members (which is why most characters join you). He and his crew join you, someone they just met, and start taking orders from you. Why not work with you for a little while until you meet your mutual goal, or why not take the protagonist as a crew member temporarily? Because it's badly-written, that's why.

The game is simply full of things like this and is one of the worst JRPGs I've ever played because of it.

Though if you're not irritated by things like this, take all character actions at face value, you'll probably be fine with it. And overall, I'd stay it's a step below Persona 5, main-plot and Story-wise, so if you didn't notice any issues with Persona 5's main plot, then that's a good indication that you might like Berseria.

I heard Berseria was one of the better one in the series. I just played my first tales game (vesperia) on switch and liked it so imma just buy both of these for $20.
0
0
0
0
Reply
This comment has been rated as unhelpful by Slickdeals users
Joined Apr 2016
Yonda?
222 Posts
66 Reputation
06-10-2020 at 08:10 AM #15
0 is one of the best in the series. Great game for $10. Quirky and funny at times with the subquests, the main story is enough to make a grown man cry at the end