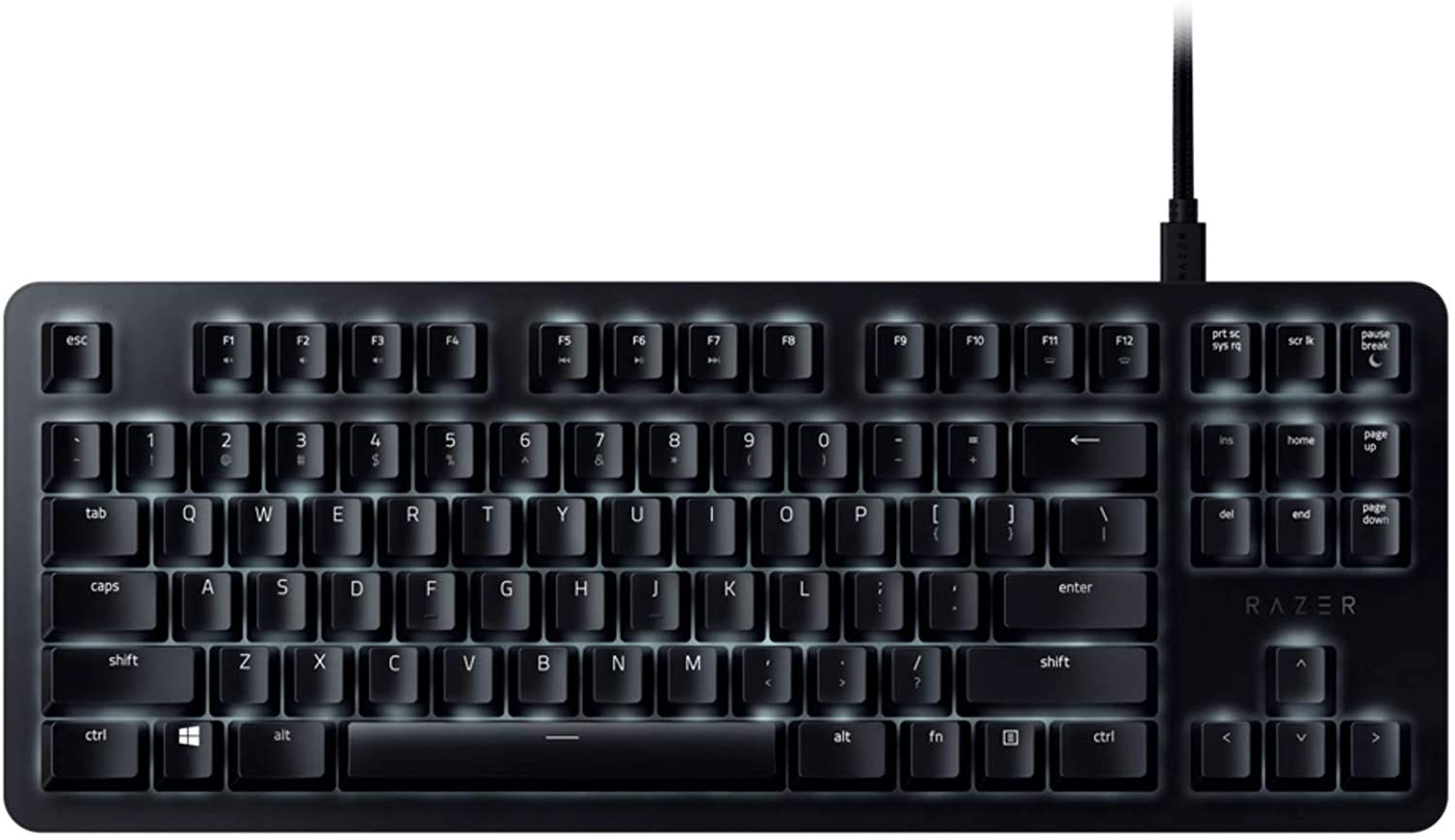 tosaynet posted this deal. Say thanks!
Add Comment
Reply
in Keyboards (7)
If you purchase something through a post on our site, Slickdeals may get a small share of the sale.

This comment has been rated as unhelpful by Slickdeals users
Joined May 2020
L2: Beginner
99 Posts
17 Reputation
Our community has rated this post as helpful. If you agree, why not thank ?
07-09-2020 at 06:07 AM #3
I bought the Razer Blackwidow Tournament Edition (essentially the same thing as this) a couple of months after they stopped using Cherry MX switches and went to their own switches. Within 3 months, a couple of keys started glitching out and double or triple tapping.
I reached out to Razer who sent me a replacement in exchange for the faulty one. It took them a month to send it, and they wanted me to pay shipping! I had the new one (NOT a refurb - it was brand new in the sealed retail box) for about 2 months before it started doing the exact same thing, although with a different key. This one also had a new problem; it would randomly WHILE IN USE just "disconnect" from my laptop. It would physically be connected still but it would just "unplug" itself. I'd have to physically unplug it and plug it back in for it to start working again.
I contacted support again and they sent me another replacement. This time it only took 3 weeks but they made me pay shipping this time. Previously after arguing with them they gave in and sent me a shipping label but not this time.
The THIRD KEYBOARD IN UNDER A YEAR started having the same farking problem with repeated keypresses and losing connection to my laptop.
I called Razer AGAIN and they told me it was OUT OF WARRANTY. WTF!? I spent 3 months without the keyboard as it was flying back and forth during replacements and they never even credited my warranty period for the lost time. At this point I said screw this shit, bought a brand new one From Razer, returned the farked up one and then sold the new one unopened to somebody else. Seriously, fark Razer and their garbage products.
I ended up buying a Geezer blue switch keyboard from Amazon for $26 and the thing is still working perfectly to this day. By the way, I'm not the only person that had so many problems with Razer -- the problems I had were the complaint of a bunch of people.

33
0
4
1
Reply
This comment has been rated as unhelpful by Slickdeals users
Joined Apr 2018
New User
13 Posts
10 Reputation
07-09-2020 at 10:20 AM #4
I've had a Blackwidow Ultimate (2014, I think) for over two years, and I got it from a friend who had used it for a while before that, too. The only problem I've ever had is the "latch" system under the spacebar getting kind of wonky, but I get the feeling it's something I can fix if I really want to. Surely I could just get a replacement switch/key.

07-10-2020 at 12:40 PM #9
I'm not saying this isn't a good price vs retail, but this isn't a good KB, even at this price. You're If you're looking to go TKL you might as well start considering 60% boards too... and in or close to this price you can get some great options like hot swap sockets, or cases that you can upgrade later.

Non standard bottom row too... so you'll be very limited on keycap replacements/upgrades. These "gaming" peripheral mfg's should wake up and stop doing this (or consumers maybe wake up and stop buying it).
4
0
0
0
Reply

Review: Dell's Latitude Business 2-in-1 Laptop is a 13-inch Powerhouse
Copy Code & Open Site More Deals from
Did this coupon
work for you?
Copy
Link Copied to Clipboard