Note: Must be signed in to My Best Buy account to see offer. 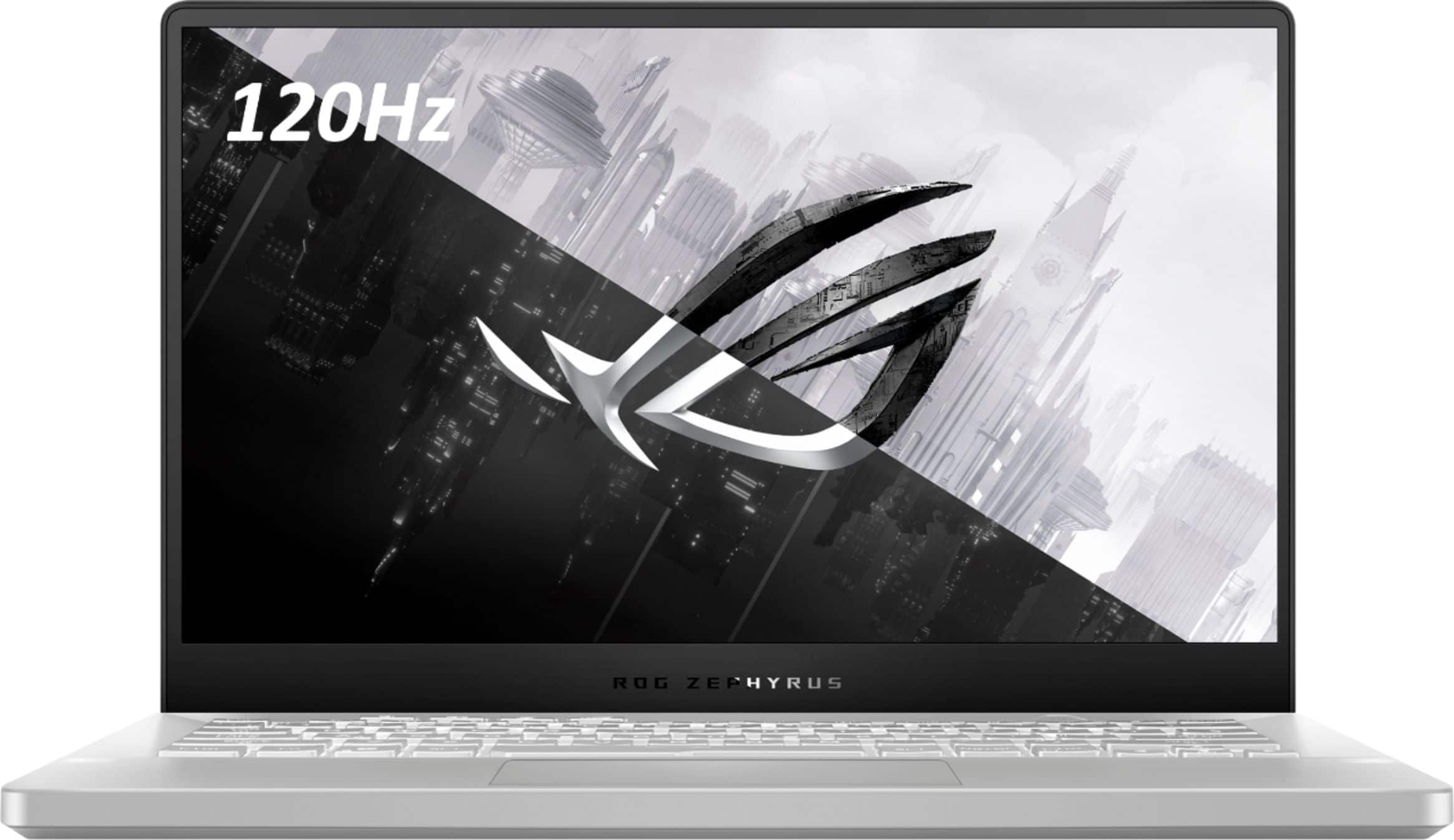 This price is $50 less than a recent Frontpage deal. -persian_mafia

26% battery used to watch 125 min of 4K x265 at lowest screen brightness, forced radeon graphics, and silent mode. So with 90% battery usage leaving 10% battery, that would translate to 7.2 hr of movie watching. if your file is 1080p you probably get a little more time. That is excellent for a gaming laptop!

For comparison, the HP Omen 15, I was only able to get so far 5.6 hr of extrapolated playtime like this.

There's a lot of the usual wankers on the thread criticizing something they have no knowledge of and also are implicitly arrogant to assume that only their values matter and all others' don't.

I owned this laptop for two weeks (bought used from BB where I suspect it was a return). Initially I only got about three hours of battery life. After searching on the reddit forum for the G14 and some tinkering (and adding BatteryBar to see how much power it was using) I figured out that some random program was running that was sucking down the power. After fixing it, I got my battery discharge rate around 7,500 mW or so at idle. It was enough that I could run youtube for about 7 hours if I recall correctly.

In short, I found it to be a tremendously civilized, balanced laptop, held back only by its lack of expandability (some RAM is soldered and only one m.2 slot), lack of a webcam (which some people really care about, others don't), and poorly lit keys. Otherwise, I'd say that depending on your needs, it's a pretty tremendous laptop. It's incredibly thin and portable, relative to the power. Yes, it is only a 2060 MaxQ, but you can run GTA5 at aggressive settings and get good frame rates out of it. When I say it's "balanced," I mean to say that there's no obvious critical issue with it in terms of CPU/GPU combo (neither is so inferior that you'd expect performance to be bottlenecked), the display (the Asus TUF A15 is reputedly held back by its subpar screen), the RAM/HD (16GB is prob enough for most), and the thermals (from my research, Dells were out because of this; don't want to artificially shorten my product's lifespan just because Dell didn't engineer the laptop to be cool enough under load).

I ONLY returned it because I decided to get the MSI GE75 because I really wanted the huge screen and 115W 2060 (to learn more: https://www.youtube.com/watch?v=971J_bPQCho). I'm most disappointed to be stuck with an inferior Intel processor (Ryzen Renoir FTW this year), But for my needs, I was willing to get an inferior CPU (with likely minor real use impact) and much inferior battery experience for a huge 17" display, more hard drive space, 2 year Costco warranty, expandability, and likely a few more FPS (again, relatively real-world minor impact) thanks to the GPU. In life, nothing is perfect, and I realized that after months of looking into picking a gaming laptop.

For those of you who are students with mainstream needs, I'd wager this is likely an excellent laptop. If you're going to be in and out of classes, this will get you through your days, and in the evenings can run games with solid GPU performance when plugged in.

However, only you know what your needs are. Are there better laptops at this price point with these specs? With this form factor and battery life? I don't know of any. Razers are more expensive and you pay a big premium for the branding. Alienware is similar. the Asus TUF is reputed to have an iffy screen. Dell has questionable thermals. The Eluktronics RP-15/17 are interesting dark horses but some people may prefer the perceived security of a big brand.

MSI, Acer, HP, and Lenovo have offerings that might be worth considering if you're in this market, like a Helios 300... but I don't know of any that have: Renoir AND the relative portability vs power ratio AND the battery life that the G14 has at this price level. That's what makes the G14 special.

A note for those of you who are buying this but novices - I had to learn for myself that not all "2060" GPUs are the same, since Nvidia marketers are a bunch of con men. a desktop 2060 is more powerful than the one here, which is a "Max-Q" 2060. It has something like...lower voltage which makes it less powerful (I assume they use these instead of the "full power" versions from an engineering perspective to help it run cooler/more efficiently - not 100% sure, maybe one of you smarter PC guys can explain). If you watch this video (https://www.youtube.com/watch?v=pIdW8Q_ZZ-8) you'll see in the second half of the video FPS performance by different laptops. The 2060 here performs less than others and can translate into a 10-15 FPS difference vs. other 2060s (especially those that have the 115W version, like the MSI GE75). In fact, if you watch the video, the performance is less than a lot of higher power 80W 1660Ti laptops, like the Acer Helios 300 that you can probably find in the same price realm. The question is, how much do you care vs. the other ways in which the G14 excels vs. other laptops.

If you need a full power 2060 or better, or you are 144hz panel or die, I don't think it's productive to say, "this laptop sucks" when in reality, a lot of people may be perfectly satisfied with this rig, and it checks a lot of boxes. Not only is it unproductive, but mostly veers into the arrogant.

A substantive, legitimate criticism would be, "I can get this same or functionally similar laptop for $200 less at XXXXX." Of course, most of the wastes of space that worthlessly shoot off their mouths here with nothing of substance to say can't give you that.

Trolls gonna troll.
Slow screen? 120hz?
4900hs can beat a lot of Intel workstations for sure.

EDIT: It's now showing up under "My offers" which you have to apply to get it to appear. That wasn't there previously but it seems to work now. Student discount expires in 2 days.
2
0
0
2
Reply
Last edited by CyriouslyDylan July 31, 2020 at 07:17 AM.

But hey it's great for running cinebench.

The screen is 120hz and freesync, which is nice. What's slow is the atrocious grey to grey and white to black numbers. Like 5X worse.

Review: Alienware's New m15 Laptop is Faster and More Stunning Than Ever