$150.84
+35 Deal Score
35,669 Views
This is not an amazing deal, $26-30 off the new norm, $50 more than it used to be pre-covid, delayed shipping, but the market for A/V is pretty bad across the board. I'd gamble it's only going get worse. If you look at past deals, it's sad that this is technically a deal. I've been eyeballing quite a few mixers/interfaces over the last month and this is the best bang for the buck I've seen; especially if you need midi. I have a UMC204HD that I enjoyed for the past 2 years, so I picked this up, and can easily recommend their entire lineup. Don't have to take my word for it tho, https://www.youtube.com/watch?v=U_SRRhXnPrA 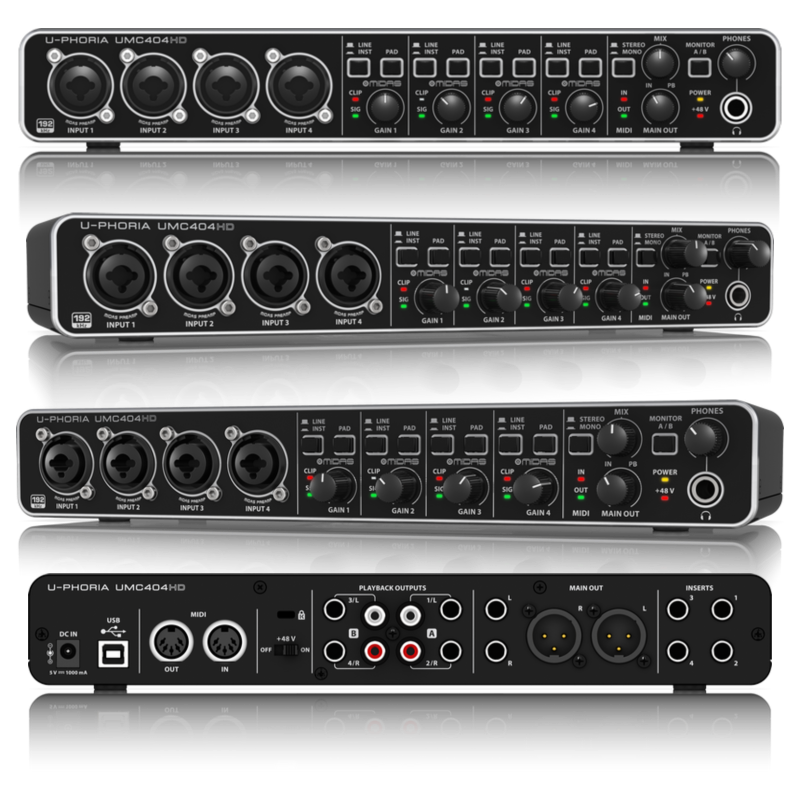 BoochieSmash posted this deal. Say thanks!
Add Comment
Reply
Created 01-08-2021 at 08:30 PM by BoochieSmash
in Home Audio (7)
If you purchase something through a post on our site, Slickdeals may get a small share of the sale.
Deal
Score +35
35,669 Views
$150.84
See Deal
About the OP
Send Message
Pro
Joined Oct 2020 L2: Beginner
38 Reputation Points
2 Deals Posted
8 Votes Submitted
25 Comments Posted
Don't have Amazon Prime? Students can get a free 6-Month Amazon Prime trial with free 2-day shipping, unlimited video streaming & more. If you're not a student, there's also a free 1-Month Amazon Prime trial available.

The device itself works excellently with multiple DAWs for a variety of devices. I currently have it lined for guitar, keyboard, a condenser mic (it does supply phantom power), and an external pick up for folk and acoustics.

Clear sound with quite a bit of control on the 4 overall channels.

Thanks for sharing OP!

I've had one of these for a few years as well, and I have two major gripes:

First, the headphone jack is, well, bad. It can introduce distortion that you won't get at the same-or even louder-levels with a better interface. It's not just a matter of "technically it's not perfect." We're talking audible distortion in low frequencies. My advice is to send the line outputs to something like a Topping L30 or Magni Heresy and you'll get WAY better sound.

Second issue I've ran into is worth mentioning only because of how painful it made my experience. With that said, this could be due to my motherboard specifically, so ymmv. The TL;DR of this issue is that whenever my computer went to sleep, the audio interface would disappear completely (device manager, sound devices, everything) until I either restart my computer, or physically disconnect and re-connect the interface. I THINK I resolved this by switching which USB controller the interface was connected to and DISABLING USB selective suspend. Disabling selective suspend helped the most, but I still had issues until I switched to a port on a different USB controller. I haven't had it happen since, but it has only been about a week, so I could just be having a lucky streak right now.

At $150, this is a reasonable price considering the good feature set. I think it's still the cheapest way to get 4 microphone preamps, but if given the choice I wouldn't buy it again. My Tascam US-1200 was a better overall experience, but they've dropped driver support so it's not really viable anymore. If I just needed one to two mics, I'd get the Motu M2 (which I have alongside my UMC404HD). If I needed more I/O, I'd probably get the Audient EVO 8. The UMC404HD is much easier to recommend at it's original price of $100.

0
Reply
This comment has been rated as unhelpful by Slickdeals users
Joined Dec 2003
L2: Beginner
81 Posts
11 Reputation
01-09-2021 at 06:12 PM #7
I have nothing but good things to say about Behringer. Not the best product but definitely saved me when I needed it.

Our community has rated this post as helpful. If you agree, why not thank ?
01-09-2021 at 06:12 PM #8
I have some Behringer gear, so I am in no way thread-crapping, but there's some interesting drama going on with Behringer at the moment: https://youtu.be/p5RSIWbZ6Vc

This comment has been rated as unhelpful by Slickdeals users
Joined Dec 2005
L4: Apprentice
460 Posts
70 Reputation
01-09-2021 at 06:15 PM #9
For those in the market for this sort of thing, Focusrite also has a sale on their refurb stuff: https://store.focusrite.com/en-gb...efurbished

The MOTU is very good, but honestly I don't notice any sound difference vs the UMC202. Not even with latency. But the buttons and the gorgeous meter display on the M2 takes the cake. Keep in mind that the M2, unlike the UMC202, is USB powered only. This could cause problems with heavy audio projects depending which port you use on the PC. Especially when you use a cable longer than 4ft.

0
Reply
This comment has been rated as unhelpful by Slickdeals users
Joined Dec 2013
L4: Apprentice
401 Posts
62 Reputation
01-09-2021 at 08:44 PM #14
nice deal. i had considered the umc202hd and the scarlett 2i2 before settling on a native instruments. very happy i didnt go with focusrite at all

0
Reply
This comment has been rated as unhelpful by Slickdeals users
Joined May 2013
L3: Novice
124 Posts
18 Reputation
01-09-2021 at 09:03 PM #15
What do you recommend for a use case where an abundance of clean gain is needed to drive dynamic mics (at least 2, no more than 4), but an audio interface is also needed? As I understand, the USB-powered interfaces will not supply enough clean gain.

The Original Muppet Show Is Finally Coming to Disney+