I've been looking at the Arctis SteelSeries 9x for a while now due to its ability for audio and microphone on Xbox Series X and PC via Bluetooth, and audio (only but no microphone) via Playstation 4/5. The discount finally pushed me to buy one for myself. 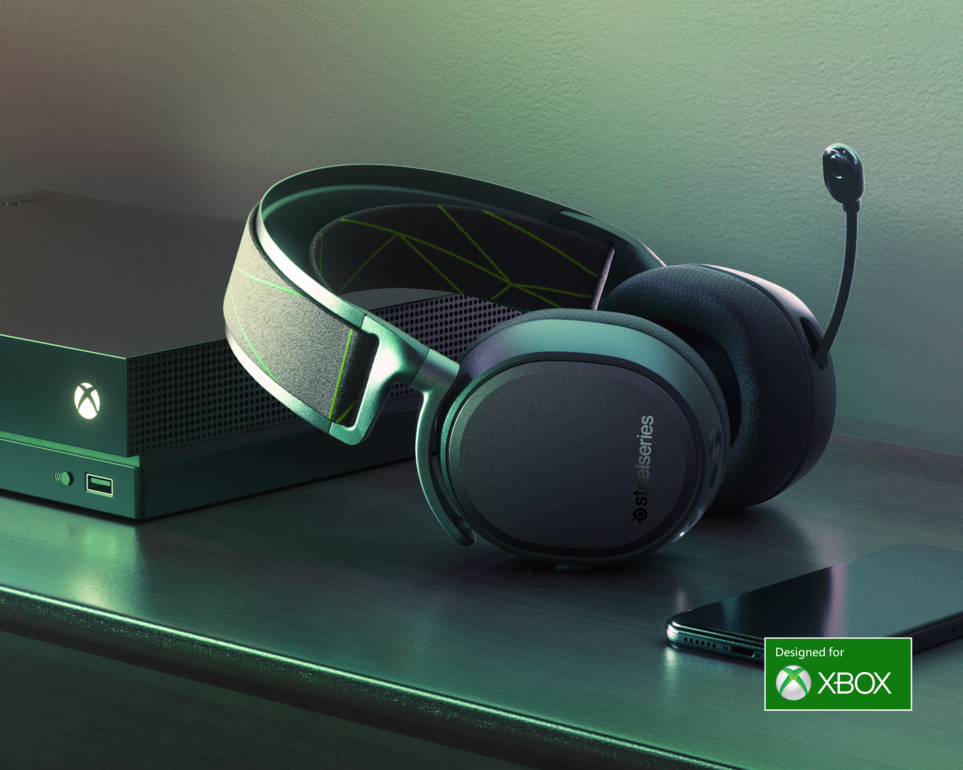 shoemanfoo posted this deal. Say thanks!
Add Comment
Reply
in VR (Virtual Reality) Headsets, Games & Accessories (3) Get SteelSeries Coupons
If you purchase something through a post on our site, Slickdeals may get a small share of the sale.

I personally love non-gaming headphones, my absolute favorite are Sennheiser MOMENTUM Wireless 2, but they won't work on your xbox series x, or xbox one, at least not wirelessly. They can be used with a 3.5mm jack directly to your xbox controller, however they don't sound very good that way, as there is not enough power being fed from the controller to the headphones.

Hoping that SteelSeries make some adjustments their 7x line, fixing what seems to be engineering design flaws. Not sure if they would change their drivers to 50mm, but that is less of an issue than just having one side of the 7x headphones break, as that seems to be an issue for the owner's I have seen over on reddit.

0
Reply
This comment has been rated as unhelpful by Slickdeals users
Joined Dec 2015
L3: Novice
137 Posts
78 Reputation
01-13-2021 at 06:21 AM #17
I used turtle beach and Astro headsets before I got my series x. These steel series headsets are awesome in comparison. I've have the 7x since release and they have not fallen apart yet. I travel with them regularly and there is not a single sign of breakage. There is no issue with the 40mm driver imo. In fact, the overall sound quality including bass is much better than my turtle beach which used a 50mm driver.

1
Reply
This comment has been rated as unhelpful by Slickdeals users
Joined Dec 2013
L4: Apprentice
453 Posts
78 Reputation
01-13-2021 at 06:40 AM #18
While I can't say for sure because the only experience I have with steel series is the arctis 5, based on my experience with headphones is that your phillips + vmoda is just about better than any "gaming headset" as long as you are fine with the connectivity options and being open back.

The 9x obviously would give you wireless and bluetooth so it does have it's advantages in connectivity. It would have software + multichannel virtualization as well.

I will say I do like my arctis 5, I thought the build quality was good and they are very comfortable, but the audio quality is pretty mediocre. I do not use the arctis 5 for gaming, instead I just use them for work meetings. I'm sure the 9x would be better but no idea how much.

That said, I did think the SHP9500 were honestly pretty weak for sound quality for music, but they were exceptional for use with gaming due to their great sound stage + imaging and when combined with dolby or dts virtualization software, made a great combo for fps gaming.

1
Reply
This comment has been rated as unhelpful by Slickdeals users
Joined Aug 2012
New User
3 Posts
10 Reputation
01-13-2021 at 06:59 AM #19
I got these for Christmas, and used them for about a week before returning. The microphone feels flimsy, but more importantly, it was causing my controller to freeze up. Didn't have an issue with the same controllers before or after the headphone.

0
Reply
This comment has been rated as unhelpful by Slickdeals users
Joined Nov 2015
Just Another Guy
2,172 Posts
423 Reputation
01-13-2021 at 07:07 AM #22
My Sony 3D Pulse sound fantastic when they aren't cutting out. Per usual it's blamed on interference however the only thing in my gaming room is the couch, tv, desk it's sitting on and the ps5 the usb dongle is on the front.

The monstrous amount of threads complaining about the random cutting out shows it's not a minor issue.

This comment has been rated as unhelpful by Slickdeals users
Joined May 2016
L1: Learner
23 Posts
10 Reputation
01-13-2021 at 07:09 AM #23
I bet... I'm not a fan of using adapters on electronics that output video or audio due to that exact reason, degradation of signal output.

1
Reply
This comment has been rated as unhelpful by Slickdeals users
Joined Nov 2018
L2: Beginner
98 Posts
14 Reputation
01-13-2021 at 07:29 AM #25
If you game on xbox this is one of the best headsets you can get. Have had mine for a little over a year, bought them November 2019 and have had zero issues. Build quality is strong, audio quality is ridiculously clear, sharp, and spatial. Unlock the Dolby atmos headphone license on your Xbox for like $15 or whatever, so worth it. They have great Bluetooth for calls on your phone and streaming music 🎶. Range is good if your in the same room, but when I goo down the hall to the bathroom they usually cutout, and the use of old micro USB are the only down sides. But they charge quickly and last foreverrrrr

0
Reply
This comment has been rated as unhelpful by Slickdeals users
Joined Jul 2014
L3: Novice
133 Posts
46 Reputation
01-13-2021 at 07:35 AM #26
Have had these about 2 months now and really hate them for PC. I'm not sure if it's a wireless thing as I've never owned a pair of wireless gaming phones before but there are so many problems with these it's not even funny.

First of all, as others have mentioned, it's a usb micro for charging which are absolutely horrible. Second, their website says that it is possible to unpair them from a previous xbox, but it's not. You can only do so if you are pairing it with a new xbox or xbox wireless adapter. So if I want to bluetooth connect them to my phone for instance, turning them on will also turn on my xbox at the same time. The controls for turning bluetooth on and off are finnicky at best and extremely unreliable. They say these are also supported for PC play, but their equalizing software does not support them? Wtf? Their software literally only supports one model. I will never purchase another steel series headset again because my experience with these in comparison with my Kraken 7.1 v2's is extremely poor.

I should point out some of the pros of the headset as well. The construction feels very sturdy. They actually feel good to put on. I expected them to be heavy on the head, but somehow they balance that weight nicely. The mic seems to prevent unwanted external noise well. The party chat mix is a nice feature on the headset although it doesn't work in xbox party on PC no matter what setup you have.

The RIG 800LX has always been my favorite headset but they're riddled with issues. I've owned three sets and most people that I''ve recommended it to have issues. After a third set breaking and the original makers (Plantronics) sold the line to Nacon, a company that doesn't provide any customer support, I decided I can't give them any more of my money.

I first looked to the Arctis 7x due to compatibility with the Series X and PS5. Unfortunately I found the microphone to be far too sensitive, even after adjusting settings. Reviews state the 9x has a better microphone so perhaps you won't have that issue.

Returned those and bought the Astro A50s. Love them and no real complaints other than you have to fumble around getting them on the charger dock in order for them to actually charge. Supposedly this was improved on for this Gen4 set so I don't even want to know how bad it was before. But $300 is so much for a headset that doesn't really feel like $300, if that makes sense. Decided to try one more set which is the Turtle Beach 700 Stealth Gen2, and then return the pair I liked the least.

Overall the 700 Stealth is a great headset, and the mic seems to be slightly better than the A50's in terms of not picking up background noise, but it's significantly less comfortable than the A50s, and also much heavier. The ear pieces are made up of a more leather-type of material that makes me ears/head moist/almost sweaty, whereas the A50s have a super soft suede/felt-like material (probably isn't those, just not sure what to call it). Very soft. I'm now wishing that I didn't try the Astros in the first place...an extra $150 over the TBs is a ton of money, and they probably aren't worth that must extra in terms of added value, but damn is it just so much more comfortable. Night and day. Think I might bite the bullet and keep the A50s.

Summary - if you have the money, go with the Astros 100%. If you're more on a budget (not that any of these are really cheap), I'd say the TB 700 Stealth Gen2 are your best bet. Now keep in mind I didn't try the 9x myself, so if the mic really is better than the 7x's, that could be better over the TBs. Honestly I'm just not too big on the loose/pull out/flimsy type of mics in general, so that's why I didn't look at the 9x more (both console compatibility was a big draw for me with the 7x)