https://www.officedepot.com/a/pro...owse=false QA Note: temp OOS but still can order for when in stock 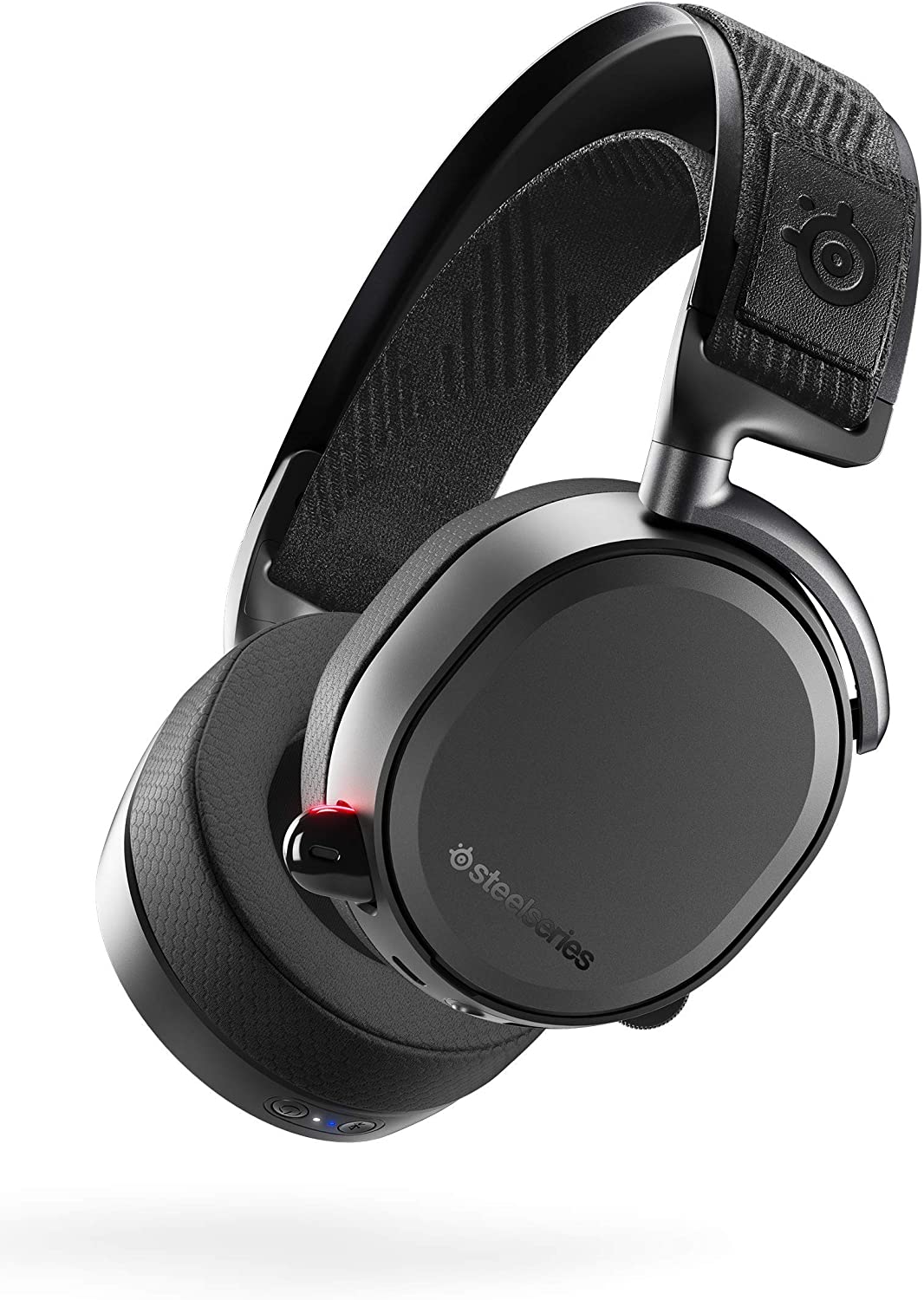 SicilianGoat posted this deal. Say thanks!
Add Comment
Reply
Created 07-10-2021 at 07:41 AM by SicilianGoat
in Headphones, Headsets & Earbuds (4) Get Office Depot and OfficeMax Coupons
If you purchase something through a post on our site, Slickdeals may get a small share of the sale.
Deal
Score +37
24,752 Views
$272.99
See Deal
About the OP
Send Message
Joined Nov 2020 L1: Learner
93 Reputation Points
0 Deals Posted
3 Votes Submitted
9 Comments Posted

This comment has been rated as unhelpful by Slickdeals users
Joined Jul 2004
Slick Deals Junkie
1,206 Posts
620 Reputation
07-10-2021 at 09:51 AM #2
Nice find. This is a heck of a deal since this higher end model almost never goes on sale and sometimes even hard to find in stock.

I've had this headset for about 6 months and love it, the swappable rechargable battery is an awesome feature and they are very well built.

Also, this headset has been out of stock for a while now on even the SteelSeries website [steelseries.com], so no one really knows when it will be back in stock from them or any other authorized retailer.

0
Reply
This comment has been rated as unhelpful by Slickdeals users
Joined Oct 2013
L4: Apprentice
489 Posts
152 Reputation
07-10-2021 at 10:20 AM #7
I recently bought Turtle beach stealth 700 and it's constantly dropping off connection with my Xbox. The solution was to disconnect my 2.4hz mode. I couldn't because I need it for smart bulbs.

3
Reply
This comment has been rated as unhelpful by Slickdeals users
Joined Dec 2014
L4: Apprentice
341 Posts
154 Reputation
07-10-2021 at 10:23 AM #8
I have these and i've been using them for a few years. The good is the sound quality, hot-swappable batteries, very comfortable. The bad is takes a long time to get the sound/voice adjusted for PS4/PS5. It took me a few days and alot of googling to get them to where I could hear both voice and game at the same time. This is improved with the PS5 however . Also it is very difficult to update them firmware wise. I have not tried in a year or so so that may have changed by now. The desktop software is not user friendly at all. I bought mine for $179 and I feel as though they were a good headphone at the time but don't think I would pay this much for them if your using them strictly for the PS4/ps5. I actually liked my platinums better. If I were to buy a set right now for a PlayStation, it would probably be the new Sony pulse 3D over these.

This comment has been rated as unhelpful by Slickdeals users
Joined May 2007
L6: Expert
1,222 Posts
399 Reputation
Pro

07-10-2021 at 10:32 AM #9
You absolutely never have to charge this headset using a cable. So Micro-USB or USB-C doesn't really matter. One battery is always charging on the base station and when the battery on the headset depletes you just swap them out. The base station is Mini-USB though (not even micro-USB). If you leave it connected it's not a problem. I move it often from my TV to my computer and back, so I have to have a mini-USB plugged permanently from my computer and from my PS5. USB-C would have been nice here but it's not a big deal.

My biggest gripe with the system is that I used to use it with the PS4 Pro and XBox One X using optical. Once both systems removed optical support Steelseries should have updated the firmware to support audio through XBox Series X via USB. I believe Astro did that for their headset. But I guess Steelseries wants to promote new XBox specific headsets. Yeah, I know it never supported chat on XBox (except through the app). But at least one could use it for audio only. This used to be one of the only headsets that supported PlayStation, XBox and Switch. But now it works only for Switch and PlayStation.

I still use it via optical pass through from my TV but I would have preferred USB support. I now have my XBox connected to my monitor and so don't have a way to connect to it.

Other than that gripe, this is a great headset. I used it every day for conference calls when working from home. No issues on Mac or PC. The mic quality on conference calls is great. The sound is great and the fact you never have to remember to charge it is awesome.

I was lucky enough to get it at $199 deal a year ago. But deals on these have been scarce since then.

0
Reply
This comment has been rated as unhelpful by Slickdeals users
Joined Nov 2011
L2: Beginner
57 Posts
17 Reputation
07-10-2021 at 11:11 AM #13
Great headset! I have been using these for a few years now. I use them for work during the day (Zoom calls...) and for gaming in the evening. Great sound and love the swappable batteries. My right ear sometimes hurts after wearing them a long time but I blame my bog ears lol!

Second - these were fine for a PS4 - not for a PS5 (because there's no optical out, VSS goes to shit; no you don't use VSS and Sony's Tempest 3D together; tempest isn't great for MP games (shooters, dbd, etc)

Third - these will routinely break at the point where it's connected to the earpiece itself (forget what it's called). Tons of Reddit posts on this. I owned 2 pairs, and both broke at the exact spot and nearly the exact time (between day 330-345).

TL;DR: don't buy SS headsets, they are hot garbage and will break on you. Not worth it. Better off with a wired set

10
Reply
This comment has been rated as unhelpful by Slickdeals users
Joined Aug 2005
L6: Expert
1,994 Posts
378 Reputation
07-10-2021 at 12:28 PM #15
I bought these a few months ago and then I read about all of the cracked earpiece joints. I had instant buyers remorse and I didn't read about it until after the return period was over.

I'm just taking a lot of precautions like when putting them on I grab them from the headband instead of the earpieces to widen them to place on my ears.

I store them on a headphone stand, if I am briefly leaving them on the desk, I never place them with the connecting bracket facing up on the desk. So far, knock on wood, it's been ok.

Although I have read about people taking all the precautions in the world and they still break after about a year. Maybe they use self-destructing plastic. Anyway it's a stupid design to use plastic to connect to the earpieces especially when it is shaped like that.

I will say these do sound amazing. Resident Evil: Village with the surround sound will have you jumping.

Back in Stock: Massdrop x Sennheiser HD 6XX Headphones for $199.99
Copy Code & Open Site More Deals from
Did this coupon
work for you?
Copy
Link Copied to Clipboard