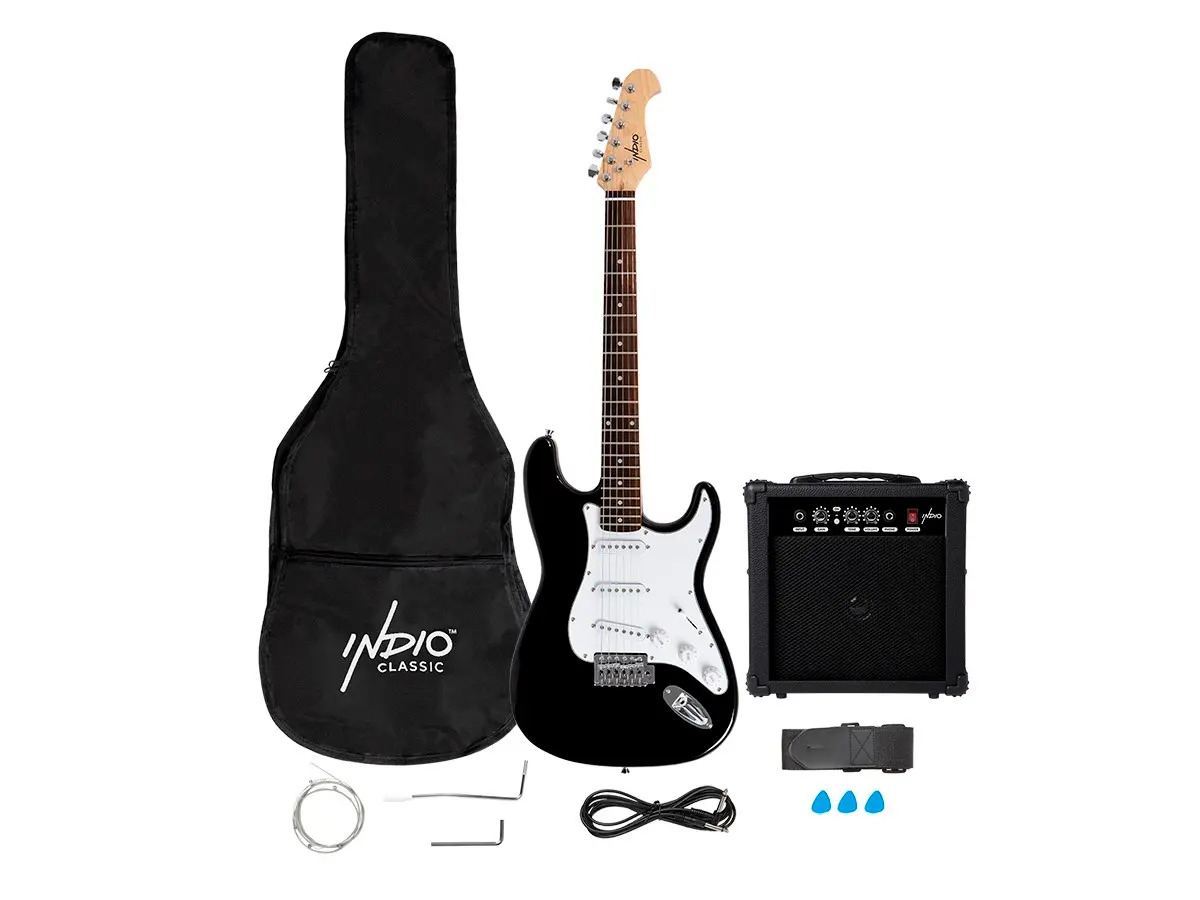 TattyBear | Staff posted this deal. Say thanks!
Add Comment
Reply
in Guitars (7) Get Monoprice Coupons
If you purchase something through a post on our site, Slickdeals may get a small share of the sale.

Fandango.com
Another code Fandango for up to $10 off Moonage Daydream David Bowie Movie
Free
(Available at Select Theatres/Timeslot)
53 32
Frontpage Deal

If your kid lasts a year through lessons, then you can upgrade their gear. This here is absolutely a playable rig and probably better than what most professionals had as their first guitar.

Like another person said. Your kids can upgrade after a year if they last.

0
Reply
This comment has been rated as unhelpful by Slickdeals users
Joined Dec 2007
L5: Journeyman
723 Posts
340 Reputation
08-05-2022 at 05:26 PM #7
Screaming deal... I picked up their Les Paul knockoff a few years ago and really like it. They're not crappy beginner guitars, they're solid.

Yes. You do have to tune it. Mechanically, it is still a guitar with stings that need to be tightened to "tune" them.

0
Reply
This comment has been rated as unhelpful by Slickdeals users
Joined May 2014
L1: Learner
11 Posts
10 Reputation
08-05-2022 at 07:00 PM #11
I just received mine and it's pretty ok. I ordered the Tele too and the Tele feels way better than this one imo also the Tele's gig bag is actually substantial, this one feels like a tarp with some zippers on it. This one came with a decent dent in the neck from the way its packaged with the amp. Essentially the corner protector of the amp hit the neck of the guitar and left a sizable dent which is frustrating. That being said it seems to play decent...the action on this one is higher than the Tele when tuned to pitch but they both should have a setup done on them. Although the Tele feels better, the bridge pickup doesn't work or the switch is busted. I received a real mixed bag so idk. These are both way better than my first guitar so it's hard to be too critical but just know what you're getting into.

0
Reply
This comment has been rated as unhelpful by Slickdeals users
Joined May 2009
L2: Beginner
58 Posts
22 Reputation
08-05-2022 at 08:16 PM #12
Guys, I recently ordered one of these Guitars. The Guitar came dented and the amplifier was not working. It might better to spent a few bugs more and get something better