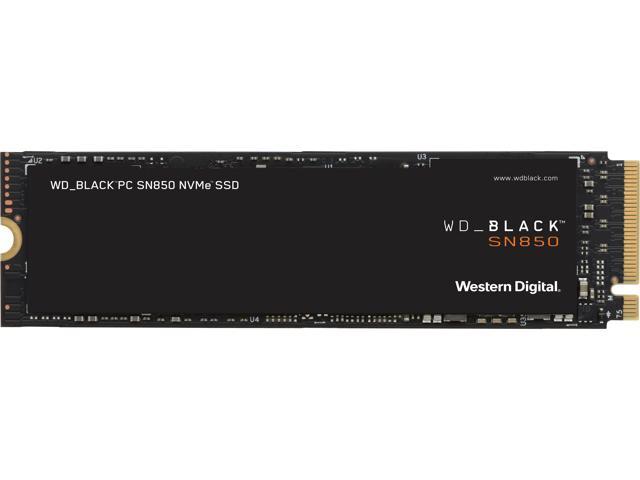 Trikat posted this deal. Say thanks!
Add Comment
Reply
in Solid State Drives (SSD) (7)
If you purchase something through a post on our site, Slickdeals may get a small share of the sale.

This comment has been rated as unhelpful by Slickdeals users
Joined Jan 2006
L10: Grand Master
9,664 Posts
2,906 Reputation
03-31-2021 at 08:59 AM #2
The 10% code for everyone seems like disappeared(?) But they still have the email subscriber 10% promo code that is ..... Up to a maximum discount of $500.00 per order. No minimum purchase required; promo codes may only be used once per account and cannot be combined with other promo codes, combo discounts or promotions offering free gifts. Only available while funds last. Promo code expires at 11:59PM PT on 03/31/2021 or sooner based on fund availability.


The code from Newegg promo email looks like still valid as of now.

0
Reply
This comment has been rated as unhelpful by Slickdeals users
Joined Jan 2004
L5: Journeyman
965 Posts
330 Reputation
03-31-2021 at 10:29 AM #10
Man I want to pull the trigger so bad, I have been using a 1TB SATA SSD for years now, I paid so much for it back when 1TB SATA was still fairly rare and it has served me well, but the growing install size of games and that have made it a little tight. Still, I am afraid I will pull the trigger at $315 6 months before prices drop to $225 or something. I tend to hang onto hard drives for a long time (as you can tell) unlike some other components, so I still want the PCI 4.0.

Anyway, thanks so much for the deal.

0
Reply
This comment has been rated as unhelpful by Slickdeals users
Joined Dec 2005
L1: Learner
1 Posts
10 Reputation
03-31-2021 at 10:38 AM #11
This is great quality but the 980 pro preforms better w read speeds of 7,000 mbps the Samsung 980 pro is one of the best out there right now
if your a gamer and you've spent all that money on a graphics card in the last year you are gonna probably want the 980 pro for that slight edge in loading times

3
Reply
This comment has been rated as unhelpful by Slickdeals users
Joined Jan 2004
L5: Journeyman
965 Posts
330 Reputation
03-31-2021 at 10:56 AM #14
The 980 Pro has caching issues and you will see no edge in loading times. It's not 7,000 mbps, it's 7,000 MBps, meaning a potential (although hardly ever seen) data move of 7 GB/s. There is almost nothing in a game where you are just flat moving that much raw data off the drive where you would see a human noticeable difference, your CPU or Video Card will be the bottleneck at that point making use of the data before the drive is.

Most reviews between the drives give the WD a slight edge in most real world tests, synthetic benchmarking of 7,000MB/s is nothing more than marketing to grab people that think highernumberbetter without any context.

They are both outstanding drives, but the reasoning presented to give the Samsung some gaming advantage nod just won't match up with reality. All other things being equal these two drives will load games are near as makes no difference equal time. Now, if you get into more prosumer stuff like heavy video encoding/editing where you could be working with 100+GB files, then you may start seeing some differences. But all reviews I have seen show that these drives trade blows in different categories to where they are just about equal for mixed usage and gaming.

Corsair’s New K65 RGB Mini Is a Compact Keyboard With Big Ambitions
Copy Code & Open Site More Deals from
Did this coupon
work for you?
Copy
Link Copied to Clipboard