NightHound
+70 Deal Score
30,326 Views
Amazon has 100-Count True Lime Bulk Dispenser Pack on sale when following the instructions below. Shipping is free with Prime or orders $25 or more.

Note, you may cancel Subscribe & Save anytime after your order ships. In stock June 13, 2021 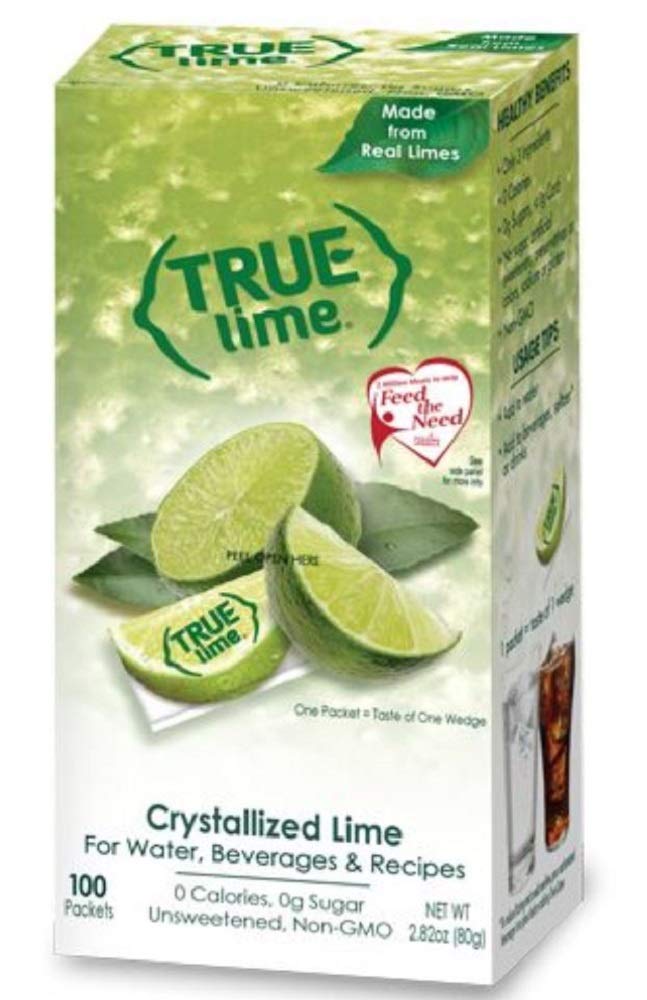 0
Reply
This comment has been rated as unhelpful by Slickdeals users
Joined Dec 2008
L5: Journeyman
728 Posts
286 Reputation
05-20-2021 at 03:12 PM #33
If you're talking religiously, my rabbi said so long as it's near-zero calories and you don't overly enjoy it, light flavoring is fine. Same reason seltzer is okay during passover. AFAIK, these are kosher for passover even if not certified.

0
Reply
This comment has been rated as unhelpful by Slickdeals users
Joined Aug 2011
L3: Novice
239 Posts
54 Reputation
05-21-2021 at 08:31 AM #37
I ordered this recently and it came in a bag. The box inside the bag was opened and missing about half the packets. I contacted amazon and they sent me another. Again, arrived in a bag and box opened (actually missing the flap on it, both times it was obviously damaged before being packaged for shipping). Again, obviously packets missing. I don't know if I just had bad luck or what. I won't contact them again because I figure the two add up to about 100. Close enough. Porch pirates stole 4 items off my porch on Wednesday and amazon replaced them even though their driver did deliver (but didn't knock, so was stolen within 20 mins of delivery according to the delivery notification time)....anywho, since they replaced that, not gonna mess with them over some lime packets.

This comment has been rated as unhelpful by Slickdeals users
Joined Jan 2008
L4: Apprentice
383 Posts
53 Reputation
05-21-2021 at 12:19 PM #38
I think perhaps Amazon either just re-instated this original offer, or you may need to follow complete instructions to get the $4.66 rate. It worked for me (since your post). Good luck

0
Reply
This comment has been rated as unhelpful by Slickdeals users
Joined Nov 2007
L3: Novice
101 Posts
18 Reputation
05-21-2021 at 03:30 PM #40
Same experience here except for the porch pirates. Box was clearly damaged before packing and put into an amazon bag. It was partially opened as well. I didn't count because it looks close enough.

I came to leave a review mostly because I have seen these deals for years now and never pulled the trigger because I was worried about the taste. Now I'm not worried. These are awesome. Taste like actual lime.