Thanks to community members sr71 for finding this deal. 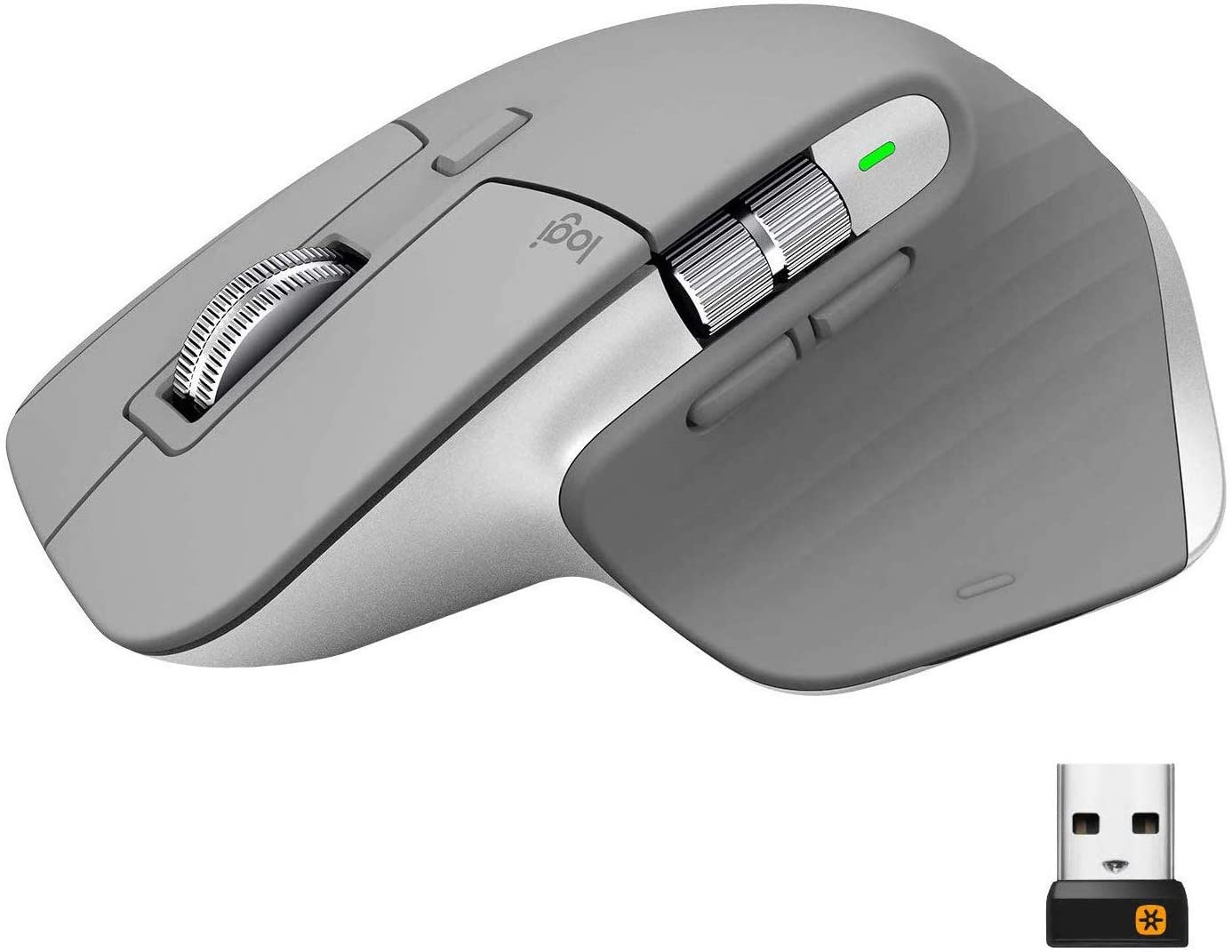 0
Reply
This comment has been rated as unhelpful by Slickdeals users
Joined Oct 2008
L3: Novice
173 Posts
39 Reputation
09-07-2021 at 08:49 PM #32
Definitely do not have the squeaking problem on mine. They are indeed small travel but I like that in an office keyboard to keep it quiet

0
Reply
This comment has been rated as unhelpful by Slickdeals users
Joined Mar 2013
L2: Beginner
48 Posts
18 Reputation
09-08-2021 at 01:48 AM #36
One of the worst scroll wheels in a mouse ever. If you enable step scrolling, it's super easy to disengage it if you scroll too fast. And the infinite scroll goes on forever. If it's infinite scrolling and you don't notice it, and you press CTRL for copy/paste/whatever in a web browser, it will annoyingly zoom in/out. Extremely frustrating. I had to relearn how to scroll carefully with this mouse.

I tried a vertical mouse with a cheaper brand and it took some time to get used to it. Now, using a regular mouse feels weird. I really enough the vertical mouse more.

0
Reply
This comment has been rated as unhelpful by Slickdeals users
Joined Oct 2015
L2: Beginner
65 Posts
14 Reputation
09-08-2021 at 06:17 AM #39
Purchased both the MX keys and mouse for about this price early 2020. Solid so far having a PC and Mac to swap between. Bluetooth does occasionally drop out on the Mac (never happens on PC) just reconnect and good to go. Spilled some water on the keyboard, turned it off and dried it out for a few hours - still going strong.

09-08-2021 at 06:43 AM #40
Haven't used the MX mouse, but I agree that the Marathon Mouse is great, and it's even a decent travel mouse (in my experience), if you buy a usb-rechargeable AA battery on eBay. Additionally noting that there's a dongle-less version that Costco sells under a different name, and it goes on sale every few months. The main thing missing is the fancy side-scroll (instead you push the scroll wheel from side to side), but I seldom need to side-scroll.

09-08-2021 at 08:07 AM #41
In the setup I was using, I had two Dell monitors side-by-side (both U2417H, though this should work with any using Dell Display Manager). I wanted both computers to use both monitors, so I hooked up my PC to the HDMI ports and my work's Mac to the Displayport...uhh...ports. Anyway, in my setup, the PC was on the "left" and the Mac was on the "right". In other words, if I wanted to go to the Mac, I went to the far right of the right monitor; to the PC, left edge of the left monitor. Basically, the code creates an invisible, 1-pixel-wide strip on the monitor edges that, when the right things happen within that space, DDM is invoked and monitor inputs changed.

There are two separate scripts, one for each monitor edge. In an ideal situation, both computers are running an AHK-compatible OS and there would be one script on each computer (left monitor script on the "right-hand" computer and vice-versa). However, Mac doesn't support AHK, so I ran both scripts on my PC. When the time came to switch from the Mac to the PC, I would move CTRL+left edge on the Mac, which would change the keyboard and mouse input, and then keep moving the mouse over (blind) until it hit the left edge on the PC (since the cursor appears on the right edge after Flow switch), thus activating the monitor switch. This was not ideal and didn't always work, but mostly because Flow had problems switching keyboard/mouse input back to the PC for reasons I never quite figured out. I really think this would work flawlessly on two PCs.

As you may know, Flow can be set up to activate with just mouse movement to the edge OR with that CTRL + that movement. I went with the latter because I kept accidentally activating it without. If you want to do it without CTRL, just remove "LCtrl" from "GetKeyState". You also may need to adjust the x/y values of the gui, depending on your monitor setup. Lastly, if your inputs of choice are different, those will need to be adjusted as well. All the command line possibilities for DDM are listed in the readme file in its installation directory.

Okay, I hope that explained everything. Feel free to let me know if you have any questions. Here are the two codes:

0
Reply
This comment has been rated as unhelpful by Slickdeals users
Joined Apr 2018
New User
5 Posts
10 Reputation
09-08-2021 at 10:50 AM #44
Was expecting this today and when I went to check the status of the order I see it was cancelled. Never got an email stating as such - anyone else?