Thanks to Deal Editor iconian for sharing this deal. 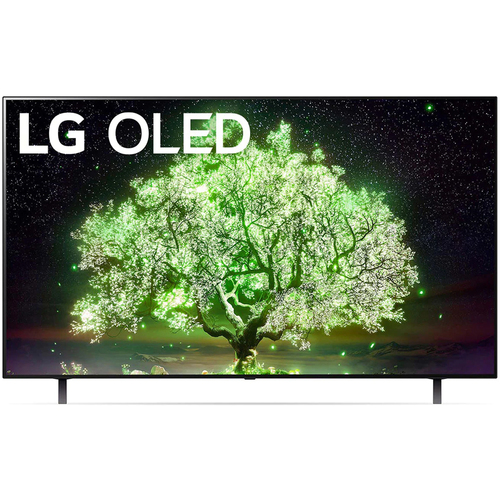 Good deal, but for the new-gen *gamers* keep in mind: "limited to a 60Hz refresh rate, lacks HDMI 2.1 bandwidth, and doesn't support variable refresh rate technology (VRR)"
Personally i rather have the c1 for $800. Prices been dropping a lot.

2
Reply
This comment has been rated as unhelpful by Slickdeals users
Joined Nov 2011
L2: Beginner
33 Posts
21 Reputation
Our community has rated this post as helpful. If you agree, why not thank ?
08-14-2022 at 04:42 PM #4
Good deal, but for the new-gen *gamers* keep in mind: "limited to a 60Hz refresh rate, lacks HDMI 2.1 bandwidth, and doesn't support variable refresh rate technology (VRR)"

27
Reply
This comment has been rated as unhelpful by Slickdeals users
Joined Jun 2014
L3: Novice
278 Posts
69 Reputation
08-14-2022 at 05:25 PM #7
I'm considering a LG48C1 as well and this interests me. RTINGS comparison [rtings.com] makes them seem similar, but C1 has less judder and a higher frame rate. And for those of you who don't know what judder is, it seems like it's jank (inconsistent frame delivery) which visually looks like vibration.

Our eyes are more attuned to inconsistencies than to frame rate. So while you might not be able to tell the difference in 120Hz vs. 60Hz, you can probably spot judder / jank.

That said, does the amount of judder really make $150 difference if I'm not gaming much or watching much fast action with this TV?

1
Reply
This comment has been rated as unhelpful by Slickdeals users
Joined Jun 2015
L6: Expert
1,796 Posts
164 Reputation
08-14-2022 at 05:41 PM #8
Would have been awesome if this was for the 55 incher instead. Recently bought a 2021 TCL 5-Series 55" LED Full Array Backlight QLED Google TV with 60 contrast control dimming zones for a bedroom & it has really good PQ. Not as good as my two reference model TVs though. My 2019 LG C9 65" OLED TV & my recently purchased Samsung QN90A 85" Neo QLED TV, which is a Mini-LED Full Array Backlight QLED combination TV with 1300 contrast control dimming zones.

And the reason I went with Samsung's Neo QLED over an 83" OLED, is because I had significant burn-in issues with my LG OLED, although still really watchable & the price is just too Goddamn high. (TGH) Plus the Mini-LED Full Array QLED combination produces near OLED black levels & vibrant colors at the same time being much brighter. And not in a washed out insane brightness either, just a perfect saturated color brightness with deep blacks.

That's my recommendation, until OLED could get brighter & prove it's burn-in issues are behind them, I'm probably going with the next best thing, which at the moment is Neo QLED. Although Samsung & Sony have released a much brighter QD-OLED model which adds a Quantum Dot QLED panel to it's OLED display for a much brighter TV. But then there's still burn-in.🤷🏻 ♂️

I bought the TCL 8 Series 75 over 2 years ago. I had owned Panasonic Plasmas prior. Oled has many strengths. Its' primary weakness is not being bright enough for HDR highlights.

I cant wait for the next generation of micro led panels.

1
Reply
This comment has been rated as unhelpful by Slickdeals users
Joined Oct 2017
L6: Expert
1,384 Posts
471 Reputation
08-14-2022 at 09:54 PM #11
A major weakness for Oled, Qled and all other TVs on the market is motion handling. If you are acustomed to smooth motion from your old Pioneers, LGs and Panasonics, you cannot watch sports or motion on a new TV and not be constantly distracted by the motion problems.

0
Reply
This comment has been rated as unhelpful by Slickdeals users
Joined Jul 2014
King
203 Posts
181 Reputation
08-14-2022 at 11:43 PM #12
You do realize that VRR is not at all dependent on refresh rate? You can have VRR support for 20Hz. There are plenty of displays that support VRR on 60Hz screens.

1
Reply
This comment has been rated as unhelpful by Slickdeals users
Joined Dec 2015
L7: Teacher
2,673 Posts
603 Reputation
08-15-2022 at 02:59 PM #13
You are going to be waiting quite some time for micro led to be even close to current OLED prices. Maybe a half decade, likely longer. Look how long it took OLED to get to where it is. Not saying you can't wait, just that you may be in for a longer ride than you were expecting.